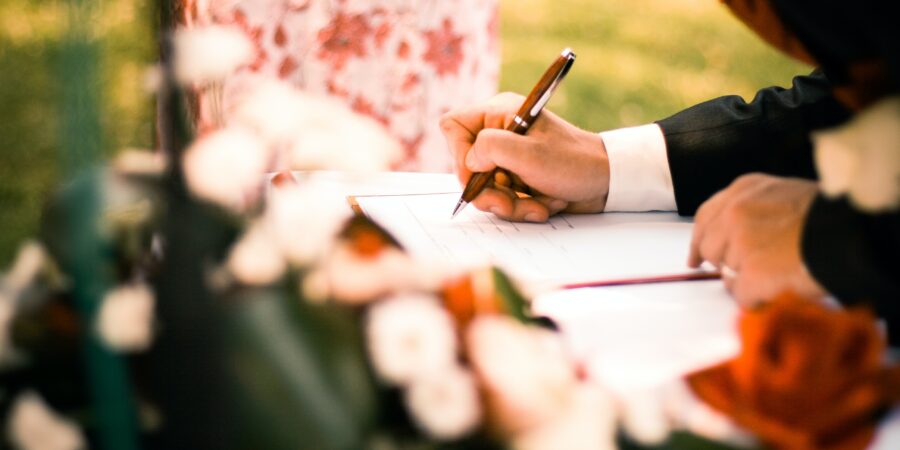 Petitioner MERCEDES Calimlim-Canullas and FERNANDO Canullas, married and had five children. They lived in a house on the residential land in question, with an area of approximately 891 sqms, located in Pangasinan.

In 1978, FERNANDO abandoned his family to live with private respondent Corazon DAGUINES. They were later convicted of concubinage, which judgment has become final.

On April 15, 1980, FERNANDO sold the subject property with the house thereon to DAGUINES.

Unable to take possession of the lot and house, DAGUINES initiated a complaint for quieting of title and damages against MERCEDES.

MERCEDES claimed that the house in dispute where she and her children were residing, including the coconut trees on the land, were built and planted with conjugal funds and through her industry; the sale to DAGUINES was null and void because they are conjugal properties and she had not given her consent to the sale.

In its original judgment, respondent Court principally declared DAGUINES “as the lawful owner of the land in question as well as the one-half (1/2) of the house erected on said land.”

Upon reconsideration prayed for by MERCEDES, however, respondent Court declared null and void the sale of the conjugal house to DAGUINES including the 3 coconut trees and other crops planted during the conjugal relation between Fernando Canullas (vendor) and his legitimate wife, Mercedes Calimlim-Canullas.

Whether or not the sale of the lot together with the house and improvements thereon was valid under the circumstances surrounding the transaction.

The second paragraph of Article 158 of the Civil Code, reads:

“Buildings constructed at the expense of the partnership during the marriage on land belonging to one of the spouses also pertain to the partnership, but the value of the land shall be reimbursed to the spouse who owns the same.”

Since FERNANDO’S lot on which he and his wife MERCEDES have built their conjugal house became conjugal property from the time the house was first built thereon, it follows that FERNANDO could not have alienated the house and lot to DAGUINES since MERCEDES had not given her consent to said sale (Article 166, Civil Code).

Moreover, we find that the contract of sale was null and void for being contrary to morals and public policy. The sale was made by a husband in favor of a concubine after he had abandoned his family and left the conjugal home where his wife and children lived and from whence they derived their support.

Article 1409 of the Civil Code states inter alia that: contracts whose cause, object, or purpose is contrary to law, morals, good customs, public order, or public policy are void and inexistent from the very beginning.

“Contracts without cause, or with unlawful cause, produce no effect whatsoever. The cause is unlawful if it is contrary to law, morals, good customs, public order, or public policy.”

Additionally, the law emphatically prohibits the spouses from selling property to each other subject to certain exceptions.  Similarly, donations between spouses during marriage are prohibited. And this is so because if transfers or conveyances between spouses were allowed during marriage, that would destroy the system of conjugal partnership, a basic policy in civil law. It was also designed to prevent the exercise of undue influence by one spouse over the other, as well as to protect the institution of marriage, which is the cornerstone of family law. The prohibitions apply to a couple living as husband and wife without benefit of marriage, otherwise, “the condition of those who incurred guilt would turn out to be better than those in legal union.”

We quote hereunder the pertinent dissertation on this point:

“… While Art. 133 of the Civil Code considers as void a donation between the spouses during the marriage, policy considerations of the most exigent character as well as the dictates of morality require that the same prohibition should apply to a common-law relationship.”

Wherefore, the sale of the lot, house and improvements in question, is hereby declared null and void.