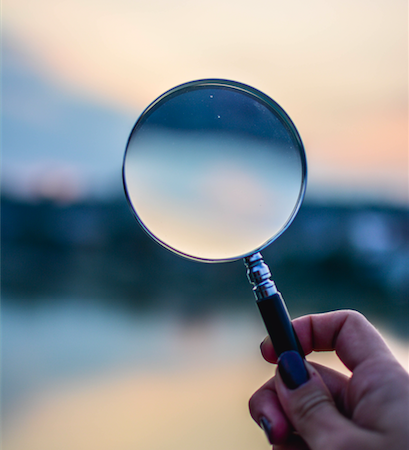 The 3rd Municipal Circuit Trial Court of Nabunturan-Mawab, Davao, after a preliminary investigation, found “sufficient ground to engender a well-founded belief” that the crime of murder has been committed by private respondent Jonathan Cerbo and resolved to forward the entire records of the case to the provincial prosecutor.

After [an] information for murder was filed against Jonathan Cerbo, petitioner Alynn Plezette Dy, daughter of the victim, executed an affidavit-complaint charging private respondent Billy Cerbo of conspiracy in the killing.

Prosecutor Lumangtad filed a “Motion for leave of court to reinvestigate the case” which was granted by the respondent judge.

Prosecutor Lumangtad recommended the filing of an amended information including Billy Cerbo as one of the accused in the murder case.

Thus, an amended information including Billy Cerbo in the murder case was filed.

Billy Cerbo then filed a motion to quash warrant of arrest arguing that the same was issued without probable cause.

The motion for reconsideration was thereafter denied by the respondent judge.

On appeal, the CA held that respondent Judge did not commit grave abuse of discretion in recalling the warrant of arrest issued against Billy Cerbo and subsequently dismissing the Information for murder filed against him, because the evidence presented thus far did not substantiate such charge.

Whether or not the trial court properly dismissed for want of evidence, the Information for murder against Private Respondent Billy Cerbo.

The trial court erred in dismissing the information filed against the private respondent. Consequently the CA was likewise in error when it upheld such ruling.

Executive Determination of Probable Cause

The determination of probable cause during a preliminary investigation is a function that belongs to the public prosecutor. It is an executive function,  the correctness of the exercise of which is matter that the trial court itself does not and may not be compelled to pass upon.

It is a cardinal principle that all criminal actions either commenced by complaint or by information shall be prosecuted under the direction and control of the fiscal. The institution of a criminal action depends upon the sound discretion of the fiscal. He may or may not file the complaint or information, follow or not follow that presented by the offended party, according to whether the evidence, in his opinion, is sufficient or not to establish the guilt of the accused beyond reasonable doubt.  x x x

Judicial Determination of Probable Cause

Probable cause for the issuance of a warrant of arrest is the existence of such facts and circumstances that would lead a reasonably discreet and prudent person to believe that an offense has been committed by the person sought to be arrested. Hence, the judge, before issuing a warrant of arrest, “must satisfy himself that based on the evidence submitted, there is sufficient proof that a crime has been committed and that the person to be arrested is probably guilty thereof.” At this stage of the criminal proceeding, the judge is not yet tasked to review in detail the evidence submitted during the preliminary investigation. It is sufficient that he personally evaluates such evidence in determining probable cause. In Webb v. De Leon we stressed that the judge merely determines the probability, not the certainty, of guilt of the accused and, in doing so, he need not conduct a de novo hearing. He simply personally reviews the prosecutor’s initial determination finding probable cause to see if it is supported by substantial evidence.

Whether there is reasonable ground to believe that the accused is guilty of the offense charged and should be held for trial is what the prosecutor passes upon. The judge, on the other hand, determines whether a warrant of arrest should be issued against the accused, i.e., whether there is a necessity for placing him under immediate custody in order not to frustrate the ends of justice.

Since their objectives are different, the judge cannot rely solely on the report of the prosecutor in finding probable cause to justify the issuance of a warrant of arrest. Obviously and understandably, the contents of the prosecutor’s report will support his own conclusion that there is reason to charge the accused of an offense and hold him for trial. However, the judge must decide independently. Hence, he must have supporting evidence, other than the prosecutor’s bare report, upon which to legally sustain his own findings on the existence or non-existence of probable cause to issue an arrest order. This responsibility of determining personally and independently the existence of non-existence of probable cause is lodged in him by no less than the most basic law of the land.

Lastly, It is not required that the complete or entire records of the case during the preliminary investigation be submitted to and examined by the judge.

What is required, rather, is that the judge must have sufficient supporting documents (such as the complaint, affidavits, counter-affidavits, sworn statements of witnesses or transcript of stenographic notes, if any) upon which to make his independent judgment, or at the very least, upon which to verify the findings of the prosecutor as to the existence of probable cause.

The point is: he cannot rely solely and entirely on the prosecutor’s recommendation, as the Respondent Court did in this case. Although the prosecutor enjoys the legal presumption of regularity in the performance of his duties and functions, which in turn gives his report the presumption of accuracy, the Constitution, we repeat, commands the judge to personally determine probable cause in the issuance of warrants of arrest. This Court has consistently held that a judge fails in his bounded duty if he relies merely on the certification or the report of the investigating officer.