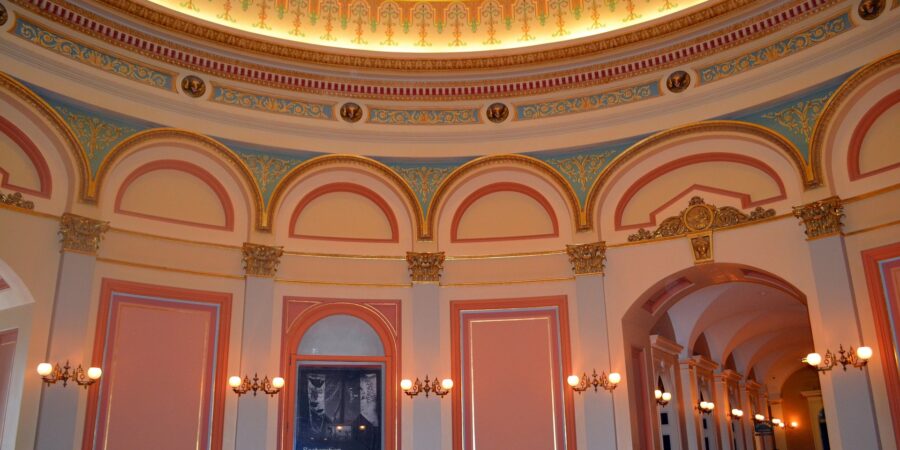 Kilusang Mayo Uno, together with representatives from recognized labor centers, labor federations, party-list groups, and Social Security System members, filed the instant Petition for Certiorari and Prohibition against government officials and agencies involved, praying that a temporary restraining order and/or writ of preliminary injunction be issued to annul the Social Security System premium hike embodied in the assailed issuances.

Petitioners claim that the assailed issuances were issued per an unlawful delegation of power to respondent Social Security Commission.

In particular, Section 18 of Republic Act No. 8282, or the Social Security Act, allegedly offers vague and unclear standards, and are incomplete in its terms and conditions. This provision, they claim, has allowed respondent Social Security Commission to fix contribution rates from time to time, subject to the President’s approval. Petitioners claim that the delegation of the power had no adequate legal guidelines to map out the boundaries of the delegate’s authority.

Petitioners then argue that the increase in contributions is an invalid exercise of police power for not being reasonably necessary for the attainment of the purpose sought, as well as for being unduly oppressive on the labor sector.

Whether or not this Court can exercise its power of judicial review.

As to the propriety of seeking redress from this Court, it is best to be guided by the power of judicial review as provided in Article VIII, Section 1 of the 1987 Constitution:

SECTION 1. The judicial power shall be vested in one Supreme Court and in such lower courts as may be established by law.

Here, petitioners filed a Petition for both certiorari and prohibition to determine whether respondents Social Security System and Social Security Commission committed grave abuse of discretion in releasing the assailed issuances.

Petitioners must, thus, comply with the requisites for the exercise of the power of judicial review:

(1) there must be an actual case or justiciable controversy before this Court;

(2) the question before this Court must be ripe for adjudication;

(3) the person challenging the act must be a proper party; and

(4) the issue of constitutionality must be raised at the earliest opportunity and must be the very litis mota of the case.

Most important in this list of requisites is the existence of an actual case or controversy. In every exercise of judicial power, whether in the traditional or expanded sense, this is an absolute necessity.

There is an actual case or controversy if there is a “conflict of legal right, an opposite legal claims susceptible of judicial resolution.”

A petitioner bringing a case before this Court must establish that there is a legally demandable and enforceable right under the Constitution. There must be a real and substantial controversy, with definite and concrete issues involving the legal relations of the parties, and admitting of specific relief that courts can grant.

The existence of an actual case or controversy depends on the allegations pleaded.

This Court notes that petitioners failed to prove how the assailed issuances violated workers’ constitutional rights such that it would warrant a judicial review. Petitioners cannot merely cite and rely on the Constitution without specifying how these rights translate to being legally entitled to a fixed amount and proportion of Social Security System contributions.

Moreover, an actual case or controversy requires that the right must be enforceable and legally demandable.

A complaining party’s right is, thus, affected by the rest of the requirements for the exercise of judicial power:

(1) the issue’s ripeness and prematurity;

(2) the moot and academic principle; and

A case is ripe for adjudication when the challenged governmental act is a completed action such that there is a direct, concrete, and adverse effect on the petitioner. It is, thus, required that something had been performed by the government branch or instrumentality before the court may step in, and the petitioner must allege the existence of an immediate or threatened injury to itself as a result of the challenged action.

In connection with acts of administrative agencies, ripeness is ensured under the doctrine of exhaustion of administrative remedies. Courts may only take cognizance of a case or controversy if the petitioner has exhausted all remedies available to it under the law. The doctrine ensures that the administrative agency exercised its power to its full extent, including its authority to correct or reconsider its actions. It would, thus, be premature for courts to take cognizance of the case prior to the exhaustion of remedies, not to mention it would violate the principle of separation of powers.

Here, it is clear that petitioners failed to exhaust their administrative remedies.

Nothing in the records shows that petitioners filed a case before the Social Security Commission or asked for a reconsideration of the assailed issuances.

As for mootness, as earlier mentioned, moot cases prevent the actual case or controversy from becoming justiciable.

Here, since respondent Social Security Commission is set to issue new resolutions for the Social Security System members’ contributions, the issue on the assailed issuances’ validity may be rendered moot.

Nonetheless, all the exceptions are present:

(2) the situation is of paramount public interest;

(3) there is a need to guide the bench, the bar, and the public on the power of respondent Social Security Commission to increase the contributions; and

(4) the matter is capable of repetition yet evading review, as it involves a question of law that can recur.

Thus, this Court may rule on this case.

Legal standing, on the other hand, is the personal and substantial interest of a party in a case “such that the party has sustained or will sustain direct injury as a result of the governmental act that is being challenged, alleging more than a generalized grievance.”

Here, not all petitioners have shown the requisite legal standing to bring the case before this Court.

The Petition is DENIED for lack of merit.