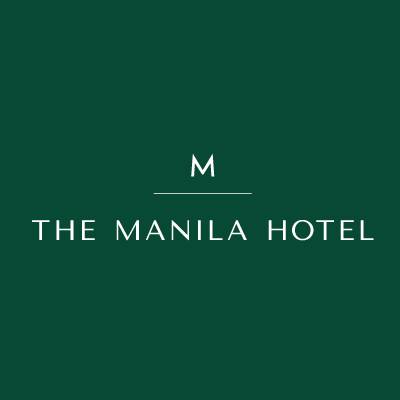 Pursuant to the privatization program of the Government under Proclamation No. 50, GSIS decided to sell through public bidding 30% to 51% of the issued and outstanding shares of respondent Manila Hotel Corporation (MHC).

The winning bidder, or the eventual “strategic partner,” is to provide management expertise and/or an international marketing/reservation system, and financial support to strengthen the profitability and performance of the Manila Hotel.

Two (2) bidders participated: petitioner MHC, a Filipino corporation, which offered to buy 51% of the MHC or 15,300,000 shares at P41.58 per share, and Renong Berhad, a Malaysian firm, with ITT-Sheraton as its hotel operator, which bid for the same number of shares at P44.00 per share.

Pending the declaration of Renong Berhad as the winning bidder, and the execution of the necessary contracts, petitioner matched the bid price of P44.00 per share tendered by Renong Berhad, and subsequently sent a manager’s check as Bid Security to match the bid of Renong Berhad which respondent GSIS refused to accept.

Perhaps apprehensive that respondent GSIS has disregarded the tender of the matching bid and that the sale of 51% of the MHC may be hastened by respondent GSIS and consummated, petitioner came to this Court on prohibition and mandamus. The Court issued a temporary restraining order enjoining respondents from perfecting and consummating the sale to the Malaysian firm.

Respondent maintains, among others, that Sec. 10, second par., Art. XII, of the 1987 Constitution is merely a statement of principle and policy since it is not a self-executing provision and requires implementing legislation(s) . . . Thus, for the said provision to Operate, there must be existing laws “to lay down conditions under which business may be done,” and Manila Hotel does not fall under the term national patrimony which only refers to lands of the public domain, waters, minerals, etc.

1. A provision which lays down a general principle, such as those found in Art. II of the 1987 Constitution, is usually not self-executing.

But a provision which is complete in itself and becomes operative without the aid of supplementary or enabling legislation, or that which supplies sufficient rule by means of which the right it grants may be enjoyed or protected, is self-executing.

Thus a constitutional provision is self-executing if the nature and extent of the right conferred and the liability imposed are fixed by the constitution itself, so that they can be determined by an examination and construction of its terms, and there is no language indicating that the subject is referred to the legislature for action.

Sec. 10, second par., Art. XII of the of the 1987 Constitution is a mandatory, positive command which is complete in itself and which needs no further guidelines or implementing laws or rules for its enforcement. From its very words the provision does not require any legislation to put it in operation.

It is per se judicially enforceable When our Constitution mandates that [i]n the grant of rights, privileges, and concessions covering national economy and patrimony, the State shall give preference to qualified Filipinos, it means just that — qualified Filipinos shall be preferred.

And when our Constitution declares that a right exists in certain specified circumstances an action may be maintained to enforce such right notwithstanding the absence of any legislation on the subject; consequently, if there is no statute especially enacted to enforce such constitutional right, such right enforces itself by its own inherent potency and puissance, and from which all legislations must take their bearings.

Manila Hotel has become a landmark — a living testimonial of Philippine heritage.

The Manila Hotel or, for that matter, 51% of the MHC, is not just any commodity to be sold to the highest bidder solely for the sake of privatization. We are not talking about an ordinary piece of property in a commercial district. We are talking about a historic relic that has hosted many of the most important events in the short history of the Philippines as a nation.

Thus the Manila Hotel has played and continues to play a significant role as an authentic repository of twentieth century Philippine history and culture. In this sense, it has become truly a reflection of the Filipino soul — a place with a history of grandeur; a most historical setting that has played a part in the shaping of a country.

This Court cannot extract rhyme nor reason from the determined efforts of respondents to sell the historical landmark — this Grand Old Dame of hotels in Asia — to a total stranger. For, indeed, the conveyance of this epic exponent of the Filipino psyche to alien hands cannot be less than mephistophelian for it is, in whatever manner viewed, a veritable alienation of a nation’s soul for some pieces of foreign silver.

3. A constitution is a system of fundamental laws for the governance and administration of a nation. It is supreme, imperious, absolute and unalterable except by the authority from which it emanates.

It has been defined as the fundamental and paramount law of the nation. It prescribes the permanent framework of a system of government, assigns to the different departments their respective powers and duties, and establishes certain fixed principles on which government is founded.

The fundamental conception in other words is that it is a supreme law to which all other laws must conform and in accordance with which all private rights must be determined and all public authority administered. Under the doctrine of constitutional supremacy, if a law or contract violates any norm of the constitution that law or contract whether promulgated by the legislative or by the executive branch or entered into by private persons for private purposes is null and void and without any force and effect.

Thus, since the Constitution is the fundamental, paramount and supreme law of the nation, it is deemed written in every statute and contract.