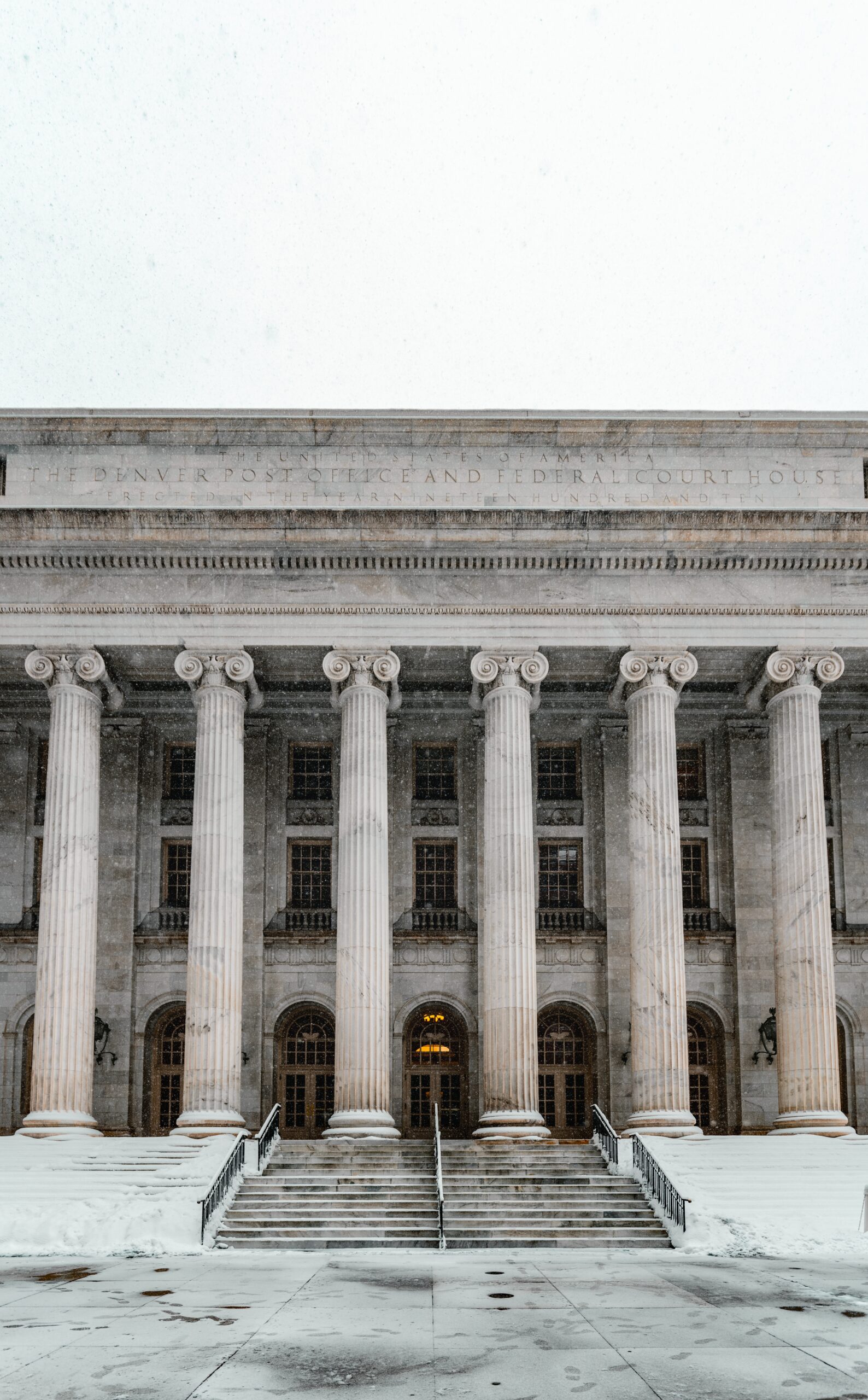 On April 2, 2009, the Regional Office of the DENR Environmental Management Bureau-Region III (EMB-RIII) filed a complaint before the DENR’s Pollution Adjudication Board (PAB) charging MWSS and its concessionaires, Maynilad and Manila Water, with failure to provide, install, operate, and maintain adequate Wastewater Treatment Facilities (WWTFs) for sewerage system resulting in the degraded quality and beneficial use of the receiving bodies of water leading to Manila Bay, and which has directly forestalled the DENR’s mandate to implement the operational plan for the rehabilitation and restoration of Manila Bay and its river tributaries.

On April 8 and 21, 2009, the Regional Directors of the DENR EMB-­NCR and Region VI-A (RVI-A) also instituted their complaints before the PAB. They similarly charged MWSS, Maynilad, and Manila Water with failure to (a) provide, install, or maintain sufficient WWTFs compliant with the standards and objectives of the Clean Water Act; (b) construct Sewage Treatment Plants and Sewerage Treatment Facilities (STPs & STFs) for treatment of household wastes; and, ultimately, (c) perform its obligations under the said law. According to the EMB-NCR and EMB-RVI-A, the test results of water samples taken from Manila Bay showed that the quality of water near the area has worsened without improvement in all parameters.

Prompted by the said complaints, the Secretary of Environment and Natural Resources (SENR) issued a Notice of Violation (NOV) which determined petitioners’ violation of Section 8 of the Clean Water Act, in that they have not provided, installed, or maintained sufficient WWTFs and sewerage connections satisfactory enough in quantity to meet the standards and objectives of the law, notwithstanding court orders and the lapse of the five-year period provided by the Clean Water Act.

After the requisite technical conference before the PAB, petitioners submitted their respective answers to the charges. MWSS led the defense and averred that they were compliant with the law. Maynilad and Manila Water also asserted the supremacy of the Concession Agreements (Agreement/s) executed with MWSS containing service targets for water supply, sewerage, and sanitation within specific milestone periods spread over the twenty-five year concession period. They likewise put forth their respective proposals, on-going projects, and accomplishments relative to the performance of their obligations under the Agreements.

The Regional Directors of the DENR-EMB maintained that the quantity of the WWTFs is insufficient to meet the objectives of the law.

The SENR ruled that petitioners’ failure to provide a centralized sewerage system and connect all sewage lines is a continuing unmitigated environmental pollution resulting in the release and discharge of untreated water into various water areas and Manila Bay.

Thus, the SENR found MWSS, Maynilad, and Manila Water liable for violation of the Clean Water Act and its Implementing Rules and Regulations (IRR), imposing fines against them amounting to TWENTY-NINE MILLION FOUR HUNDRED THOUSAND PESOS (PhP 29,400,000.00) jointly and solidarily against petitioners and, a fine of Two Hundred Thousand Pesos (PhP 200,000.00) per day shall be fined against [petitioners] until such time that [petitioners] have already fully complied with the provisions of RA 9275.

The SENR denied the Motion for Reconsideration filed by [petitioners], MWSS and Manila Water and direct the same to comply with the previous Order. As to Maynilad, since it had failed to submit its Motion for Reconsideration within the allowable period, the Secretary deemed their non-submission as a waiver of their right to be heard and submit evidence. Hence, the Secretary hereby directs the same to comply with the said previous Order.

Petitioners filed separate petitions for review under Rule 43 of the Rules of Court before the Court of Appeals questioning these Orders of the SENR.

On appeal, the CA dismissed Maynilad’s, Manila Water’s  and MWSS’s petitions and also denied their motions for reconsideration.

Thus, these consolidated petitions for review on certiorari raising grave errors on the part of the CA.

MWSS insists it did not violate the law.

Manila Water maintains that it was deprived of due process of law when the DENR Secretary imposed a fine without a valid complaint or charge, and that it did not violate the Clean Water Act.

Whether petitioners were deprived of procedural due process when the Secretary of the DENR imposed a fine on them for violation of the Clean Water Act.

Petitioners’ claim of denial of due process is infirm.

Due process of law has two aspects: substantive and procedural. Substantive due process refers to the intrinsic validity of a law that interferes with the rights of a person to his property.

Procedural due process, on the other hand, means compliance with the procedures or steps, even periods, prescribed by the statute, in conformity with the standard of fair play and without arbitrariness on the part of those who are called upon to administer it. In order that a particular act may not be impugned as violative of the due process clause, there must be compliance with both the substantive and the procedural requirements thereof. As nowhere in the voluminous records of these cases have petitioners questioned the extrinsic and intrinsic validity of the Clean Water Act, there is no reason to dispute the said law. We thus restrict the discussion to whether there was a violation of procedural due process.

In invoking their right to due process, petitioners mainly argue that the SENR, without a valid complaint or charge, imposed a fine without the recommendation from the PAB and arrogated unto itself the powers of the latter.

The records disclose the fact that this case was spawned by the complaints commenced by the Regional Directors of the DENR-EMB-RIII, DENR-EMB-NCR, and DENR-EMB-RVI-A before the DENR-PAB. The SENR acted upon the said complaints in response, issuing the NOV against petitioners.

The NOV stated the charges against petitioners, gave a directive to attend the technical conference for simplification of issues and stipulations of facts, and apprised them of the liability imposed on violators under Section 28 of the Clean Water Act. Hence, petitioners were notified of the charges against them, were given an opportunity to be heard during a technical conference,53and were informed of the penalty for possible violations of the Clean Water Act.

These charges were the same accusations for which petitioners were eventually found liable for.

In addition, petitioners wrote several letters addressed to the PAB and the Secretary of the DENR formalizing their position in response to the Complaint-Affidavits of the Regional Directors of the DENR-EMB. In turn, the Regional Directors filed their Comments thereto, which were amply refuted by the petitioners. Demonstrably, the SENR, upon recommendation of the PAB, pursuant to the Clean Water Act, validly imposed the fine after the charge, hearing, and due deliberation.

Moreover, the role of the PAB under Section 28 of the Clean Water Act is merely recommendatory.

This, however, should not be taken to mean that the recommendatory role of the PAB is dispensable. Its technical expertise in pollution cases such as the one at hand remains crucial, and this expertise, the SENR definitely did not disregard. Despite the lack of actual or formal recommendation of liability given by the PAB against petitioners, the technical conference was conducted by the PAB, and the findings during the said conference and upon deliberation on the pleadings of the parties were produced by the PAB. The latter body, referred to as the Board by the SENR, had determined petitioners’ liabilities on the basis of its own lengthy disquisitions.

Service of justice, not technical subservience, is the end pursued by the rules of procedure. In administrative proceedings, the filing of charges and giving reasonable opportunity for the person so charged to answer the accusations against him constitute the minimum requirements of due process. Once this purpose has been fulfilled, despite trivial deviations from the rules, and for as long as a party has been meaningfully heard or at the very least afforded the chance to be heard, any finding fairly arrived upon by the administrative body will hold and shall not be disregarded. Suffice it to state here that the voluminous records on hand disclose that petitioners have been heard more than sufficiently throughout the entire proceedings of this case.

In any case, whatever procedural lapse that may have transpired during the proceedings before the PAB and the SENR had already been cured when MWSS, Maynilad, and Manila Water all moved for reconsideration of the SENR’s Orders. Procedural due process, as applied to administrative proceedings, means a fair and reasonable opportunity to explain one’s side, or an opportunity to seek a reconsideration of the action or ruling complained of.