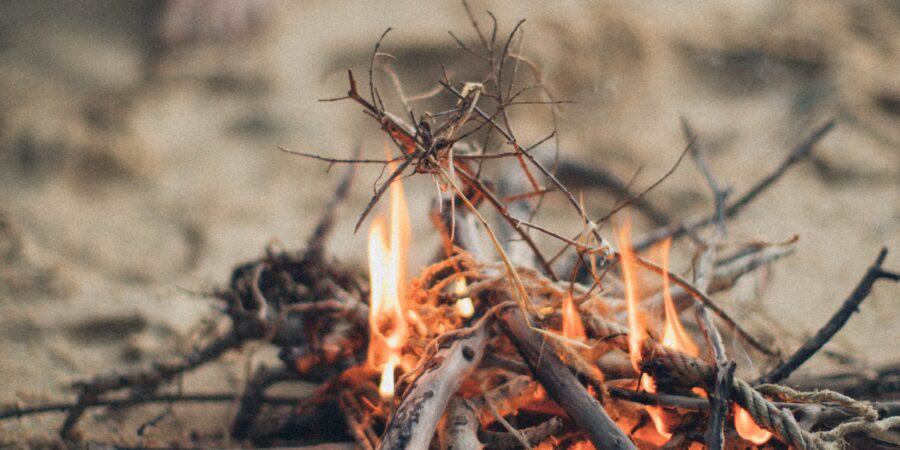 Silvestre Romana, wife of Domingo Joaquin, cohabited with co-defendant Martin Atienza in the barrio of Masocol, municipality of Paombong, Bulacan.

The two acused begged the municipal president of Paombong to to urge Domingo to withdraw the complaint. They promised to discontinue cohabitation, and not to live again in the barrio of Masocol.

Domingo withdrew the complaint and the case was therefore dismissed.

On the night of November 25, 1930, while Nicolas de la Cruz, the son of Romana Silvestre, and his wife, Antonia, were gathered together with the appellants herein after supper, Martin Atienza told the couple to take their furniture out of the house because he was going to set fire to it.

Upon being asked by Nicolas and Antonia why he wanted to set fire to the house, he answered that that was the only way he could be revenged upon the people of Masocol who, he said, had instigated the charge of adultery against him and Romana Silvestre.

As Martin Atienza was at that time armed with a pistol, no one dared say anything to him, not even Romana Silvestre, who was about a meter away from her codefendant.

Alarmed at what Martin Atienza had said, the couple left the house at once to report to the barrio lieutenant what they had just heard Martin Atienza say; but they had hardly gone a hundred arms’ length when they heard cries of “Fire! Fire!” Turning back they saw their home in flames.

Appellants were convicted of the crime of arson. The former as principal by direct participation, and the latter as accomplice, and both were further sentenced to pay each of the persons whose houses were destroyed by the fire, jointly and severally.

Whether or not the silence and passive presence of Romana Silvestre when Martin Atienza set fire to the houses makes her liable as an accomplice to the crime committed.

The complicity which is penalized requires a certain degree of cooperation, whether moral, through advice, encouragement, or agreement, or material, through external acts.

In the case of the accused-appellant Romana Silvestre, there is no evidence of moral or material cooperation, and none of an agreement to commit the crime in question. Her mere presence and silence while they are simultaneous acts, do not constitute cooperation, for it does not appear that they encouraged or nerved Martin Atienza to commit the crime of arson; and as for her failure to give the alarm, that being a subsequent act it does not make her liable as an accomplice.

Mere passive presence at the scene of another’s crime, mere silence and failure to give the alarm, without evidence of agreement or conspiracy, do not constitute the cooperation required by article 14 of the Penal Code for complicity in the commission of the crime witnessed passively, or with regard to which one has kept silent.

Meanwhile, Martin Atienza’s conviction for the crime or arson is affirmed.

He who desiring to burn the houses in a barrio, without knowing whether there are people in them or not, sets fire to one known to be vacant at the time, which results in destroying the rest, commits the crime of arson, defined and penalized in article 550, paragraph 2, Penal Code.