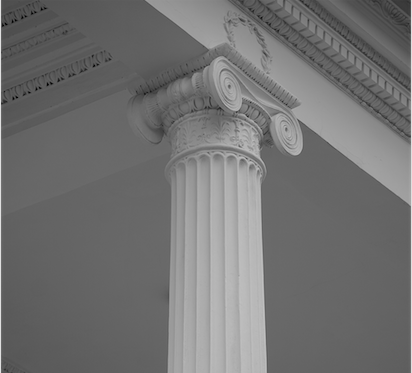 Constitutional Rights of the Accused

Article III, Bill of Rights, of the 1987 Constitution provides for the following rights:

The right to bail shall not be impaired even when the

privilege of the writ of habeas corpus is suspended.

Excessive bail shall not be required. (Sec. 13)

4. In all criminal prosecutions, the accused shall be presumed innocent until the contrary is proved, and shall enjoy the right to be heard by himself and counsel, to be informed of the nature and cause of the accusation against him, to have speedy, impartial, and public trial, to meet the witnesse s face to face, and to have compulsory process to secure the attendance of witnesses and the production of evidence in his behalf. However, after arraignment, trial may proceed notwithstanding the absence of the accused provided that he has been duly notified and his failure to appear is unjustifiable. (Sec. 14[2])

5. No person shall be compelled to be a witness against

Any person under investigation for the commission of an offense shall have the right to be informed of his right to remain silent and to have competent and independent counsel preferably of his own choice.

If the person cannot afford the services of counsel, he must be provided with one.

These rights cannot be waived except in writing and in the presence of counsel. (Sec. 12[1])

No torture, force, threat, intimidation, or any other means which vitiate the free will shall be used against him. Secret detention places, solitary, incommunicado, or other similar forms of detention are prohibited. (Sec. 12[2])

Any confession or admission obtained in violation of this or Section 17 hereof shall be inadmissible in evidence against him. (Sec. 12[3])

6. Excessive fines shall not be imposed, nor cruel, degrading or inhuman punishment inflicted. (Sec.

7. No person shall be twice put in jeopardy of punishment for the same offense. If an act is punished by a law and an ordinance, conviction or acquittal under either shall constitute a bar to another prosecution for the same act. (Sec. 21)

8. Free access to the courts and quasi-judicial bodies and adequate legal assistanc e shall not be denied to any person by reason of poverty. (Sec.11)

Statutory Rights of the Accused.

Section 1, Rule 115, of the Revised Rules on Criminal Procedure

provides that in all criminal prosecutions, the accused shall be

1. To be presumed innocent until the contrary is proved beyond reasonable doubt.

2. To be informed of the nature and cause of the accusation against him.

3. To be present and defend in person and by counsel at every stage of the proceedings, from arraignment to promulgation of the x x x

4. To testify as a witness in his own behalf but subject to cross-examination on matters covered by direct examination. His silence shall not in any manner prejudice him.

5.  To be exempt from being compelled to be a witness against

6. To confront and cross-examine the witnesses against him

7. To have compulsory process issued to secure the attendance of witnesses and production of other evidence in his behalf.

8. To have a speedy, impartial and public trial.

9. To appeal in all cases allowed and in the manner prescribed

Right to be presumed innocent –– In criminal prosecutions, a person who stands charged of a crime enjoys the presumption of innocence, as enshrined in the Bill of Rights; he is designated as the accused precisely because the allegations against him have to be proven beyond reasonable doubt; due process dictates that an accused is entitled to a fair trial where both the prosecution and defense can present their respective versions of the events, and submit proof thereof; only when the prosecution has established guilt beyond reasonable doubt shall the presumption of innocence be overturned; in this case, the prosecution did not overcome the burden of proof.    (Aliling vs. People, G.R. No. 230991, June 11, 2018)

People v. Andaya, cited; the criminal accusation against a person must be substantiated by proof beyond reasonable doubt; the presumption of regularity “will never be stronger than the presumption of innocence in favor of the accused; otherwise, a mere rule of evidence will defeat the constitutionally enshrined right of an accused.” (People vs. Mola, G.R. No. 226481, April 18, 2018)

subsumed under this right of confrontation is the right to cross-examine the witnesses for the prosecution; People v. Seneris, cited; application. (People vs. Dominguez, G.R. No. 229420, Feb. 19, 2018)

–    The right to confront and cross-examine witnesses is a basic, fundamental human right vested inalienably to an accused; this right ensures that courts can confidently ferret out the facts on the basis of which they can determine whether a crime occurred and the level of culpability of the accused; the State, representing the people that may have been wronged by a crime, also has the right to due process. (Liong vs. People, G.R. No. 200630, June 04, 2018)

Right to be informed of the nature and the cause of accusation –– Sec. 4, Rule 120 of the Rules of Criminal Procedure, explained; the accused can only be convicted of an offense when it is both charged and proved; if it is not charged, although proved, or if it is proved, although not charged, the accused cannot be convicted thereof; as to when an offense includes or is included in another, Sec. 5 of Rule 120, mentioned. (Dr. Malabanan vs. Sandiganbayan, G.R. No. 186329, Aug. 02, 2017)

Right to due process —The petitioner was deprived of such opportunity to effectively present his evidence and to defend himself due to the gross and palpable negligence and incompetence of his counsel; thus, vitiating the integrity of the proceedings before the trial court. (PO1 Tabobo III vs. People, G.R. No. 220977, June 19, 2017)

Right to speedy disposition of cases — Accused’s lack of objection over the delay was not given weight in view of the prosecution’s manifest failure to justify the protracted lull in the proceedings. (Remulla vs. Sandiganbayan [Second Div.], G.R. No. 218040, April 17, 2017)

—    The right to speedy disposition of cases is a relative concept; in determining whether the accused has been denied such right, courts are given discretion to weigh facts and circumstances and use a balancing test bearing in mind the prejudice caused by the delay both to the accused and the State. (Remulla vs. Sandiganbayan [Second Div.], G.R. No. 218040, April 17, 2017)

—  When there was nine (9) years delay in the proceedings without reasonable justification for such delay, the Sandiganbayan did not commit grave abuse of discretion in dismissing the criminal case. (Remulla vs. Sandiganbayan [Second Div.], G.R. No. 218040, April 17, 2017)