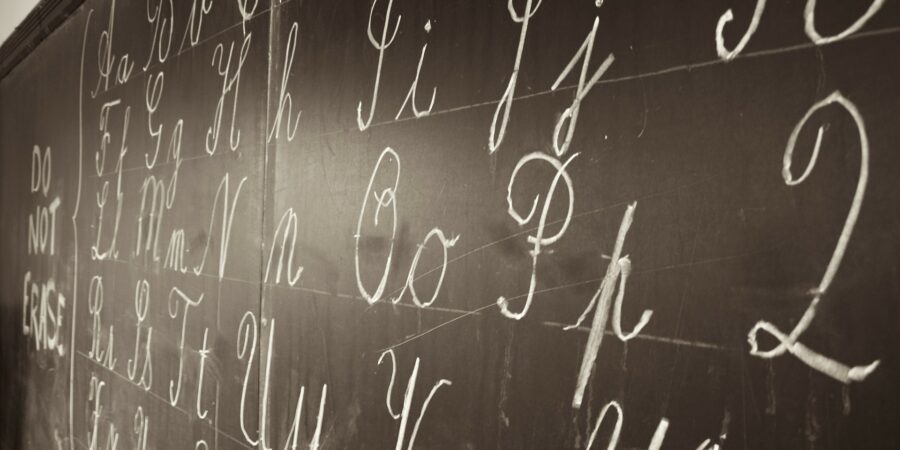 Before the enactment of the K to 12 Law, the Philippines was the only country in Asia and among the three remaining countries in the world that had a 10-year basic education program.

To be at par with international standards and in line with the country’s commitment in Education for All 2015, the Philippine Congress, on May 15, 2013, passed the K to 12 Law, which took effect on June 8, 2013. The K to 12 Law seeks to achieve, among others, the following objectives: (1) decongest the curriculum; (2) prepare the students for higher education; (3) prepare the students for the labor market; and (4) comply with global standards.62

The K to 12 Law also adopts the following key changes in the Basic Education Curriculum (BEC): (1) Mother Tongue (MT) will be used as a primary medium of instruction from Kindergarten to Grade 3 and an additional learning area in Grades 1 to 3;64 (2) the time allotted per learning area in elementary will generally be reduced to allow off-school learning experiences at home or in the community; while the time allotment in secondary level will generally increase in view of the additional two (2) years in Senior High School; (3) the spiral progression approach will be used in Science, Mathematics, Araling Panlipunan, MAPEH and Edukasyon sa Pagpapakatao, wherein the learning process is built upon previously learned knowledge for students to master their desired competencies by revisiting the subject several times and relating new knowledge or skills with the previous one; and (4) specialization courses will be offered to prepare students for employment or engage in profitable enterprise after high school.67

Apart from mastering core subjects, the additional two (2) years of Senior High School will allow students to choose among academic, technical-vocational, or sports and arts, as specialization, based on aptitude, interest and school capacity.68 Hence, graduates of Senior High School under the K to 12 BEC are envisioned to already be prepared for employment, entrepreneurship, or middle-level skills development should they opt not to pursue college education.

The K to 12 basic education was implemented in parts.

Claiming that the K to 12 Basic Education Program violates various constitutional provisions, the following petitions under Rule 65, assailing the constitutionality of RA No. 105332 (K to 12 Law), RA No. 101573 (Kindergarten Education Act), and related issuances of the Department of Education (DepEd), Commission on Higher Education (CHED), Department of Labor and Employment (DOLE) and Technical Education and Skills Development Authority (TESDA) implementing the K to 12 Basic Education Program.

The present consolidated petitions pray for the issuance of a Temporary Restraining Order (TRO) and/or Writ of Preliminary Injunction against the implementation of the K to 12 Law and other administrative issuances in relation thereto.

The Solicitor General, on behalf of the public respondents, opposed these petitions.

III. Whether the K to 12 Law constitutes an undue delegation of legislative power

The OSG submits that the cases filed by petitioners involve the resolution of purely political questions which go into the wisdom of the law: they raise questions that are clearly political and non-justiciable and outside the power of judicial review. The OSG further asserts that the remedies of certiorari and prohibition sought by petitioners are unwarranted because Congress, DepEd and CHED did not exercise judicial, quasi-judicial or ministerial function, nor did they unlawfully neglect the performance of an act which the law specifically enjoins as a duty, with regard to the assailed issuances.

The political question doctrine is “no longer the insurmountable obstacle to the exercise of judicial power or the impenetrable shield that protects executive and legislative actions from judicial inquiry or review” under the expanded definition of judicial power of the 1987 Philippine Constitution. Section 1, Article VIII thereof authorizes courts of justice not only “to settle actual case controversies involving rights which are legally demandable and enforceable” but also “to determine whether there has been grave abuse of discretion amounting to lack or excess of jurisdiction on the part of any branch or instrumentality of the Government.”

In determining whether grave abuse of discretion amounting to excess or lack of jurisdiction has been committed by any branch or instrumentality of the government, the Court is guided primarily, by the Constitution, and secondarily, by existing domestic and international law, which set limits or conditions to the powers and functions conferred upon these political bodies. Thus, when a case is brought before the Court with serious allegations that a law or executive issuance infringes upon the Constitution, as in these consolidated cases, it becomes not only the right but in fact the duty of the Court to settle the dispute. In doing so, the Court is “not judging the wisdom of an act of a coequal department, but is merely ensuring that the Constitution is upheld.” And, if after said review, the Court does not find any constitutional infringement, then, it has no more authority to proscribe the actions under review.

Moreover, that the assailed laws and executive issuances did not involve the exercise of judicial or quasi-judicial function is of no moment. Contrary to the Solicitor General’s assertion, it has long been judicially settled that under the Court’s expanded jurisdiction, the writs of certiorari and prohibition are appropriate remedies to raise constitutional issues and to review and/or prohibit or nullify, on the ground of grave abuse of discretion, any act of any branch or instrumentality of the government, even if the latter does not exercise judicial, quasi-judicial or ministerial functions.

That said, the Court’s power is not unbridled authority to review just any claim of constitutional violation or grave abuse of discretion.

The following requisites must first be complied with before the Court may exercise its power of judicial review, namely:

(1) there is an actual case or controversy calling for the exercise of judicial power;

(2) the petitioner has standing to question the validity of the subject act or issuance, i.e., he has a personal and substantial interest in the case that he has sustained, or will sustain, direct injury as a result of the enforcement of the act or issuance;

(3) the question of constitutionality is raised at the earliest opportunity; and

(4) the constitutional question is the very lis mota of the case.

Of these four, the most important are the first two requisites.

The enrolled bill doctrine applies in this case. Under the “enrolled bill doctrine,” the signing of a bill by the Speaker of the House and the Senate President and the certification of the Secretaries of both Houses of Congress that it was passed is conclusive not only as to its provisions but also as to its due enactment. The rationale behind the enrolled bill doctrine rests on the consideration that “[t]he respect due to coequal and independent departments requires the [Judiciary] to act upon that assurance, and to accept, as having passed Congress, all bills authenticated in the manner stated; leaving the court to determine, when the question properly arises, [as in the instant consolidated cases], whether the Act, so authenticated, is in conformity with the Constitution.”

Jurisprudence will show that the Court has consistently adhered to the enrolled bill doctrine. Claims that the required three-fourths vote for constitutional amendment has not been obtained, that irregularities attended the passage of the law, that the tenor of the bill approved in Congress was different from that signed by the President, that an amendment was made upon the last reading of the bill, and even claims that the enrolled copy of the bill sent to the President contained provisions which had been “surreptitiously” inserted by the conference committee, had all failed to convince the Court to look beyond the four corners of the enrolled copy of the bill.

There is no undue delegation of legislative power in the enactment of the K to 12 Law.

In determining whether or not a statute constitutes an undue delegation of legislative power, the Court has adopted two tests: the completeness test and the sufficient standard test.

Under the first test, the law must be complete in all its terms and conditions when it leaves the legislature such that when it reaches the delegate, the only thing he will have to do is to enforce it. The policy to be executed, carried out or implemented by the delegate must be set forth therein.

Moreover, scattered throughout the K to 12 Law are the standards to guide the DepEd, CHED and TESDA in carrying out the provisions of the law, from the development of the K to 12 BEC, to the hiring and training of teaching personnel and to the formulation of appropriate strategies in order to address the changes during the transition period.

Clearly, under the two tests, the K to 12 Law, read and appreciated in its entirety, is complete in all essential terms and conditions and contains sufficient parameters on the power delegated to the DepEd, CHED and TESDA.

The fact that the K to 12 Law did not have any provision on labor does not make said law incomplete. The purpose of permissible delegation to administrative agencies is for the latter to “implement the broad policies laid down in a statute by ‘filling in’ the details which the Congress may not have the opportunity or competence to provide.” With the proliferation of specialized activities and their attendant peculiar problems, the legislature has found it necessary to entrust to administrative agencies, who are supposed to be experts in the particular fields assigned to them, the authority to provide direct and efficacious solutions to these problems. This is effected by the promulgation of supplementary regulations, such as the K to 12 IRR jointly issued by the DepEd, CHED and TESDA and the Joint Guidelines issued in coordination with DOLE, to address in detail labor and management rights relevant to implementation of the K to 12 Law.