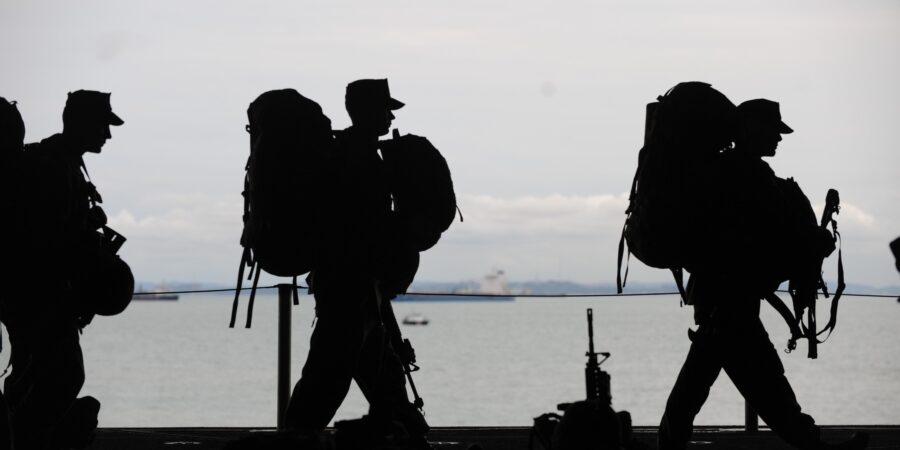 Appellants Tranquilino Lagman and Primitivo de Sosa are charged with a violation of Sec. 60 of Commonwealth Act No. 1, known as the National Defense Law. It is alleged that these two appellants, being Filipinos and having reached the age of twenty years in 1936, willfully and unlawfully refused to register in the military service, notwithstanding the fact that they had been required and were duly notified by the corresponding authorities to do so, up to the date of the filing of the information.

The appellants do not deny these facts, but they allege in defense that they have not registered in the military service because de Sosa is fatherless and has a mother and a brother eight years old to support, and Lagman also has a father to support, has no military learnings, and does not wish to kill or be killed.

Each of these appellants was sentenced by the CFI to one month and one day of imprisonment, with the costs.

The appellants assail the validity of the National Defense Law, under which the accused were sentenced.

Whether or not the National Defense Law is constitutional.

Section 2, Article II of the Constitution of the Philippines provides as follows:

SEC. 2. The defense of the state is a prime duty of government, and in the fulfillment of this duty all citizens may be required by law to render personal military or civil service.

The National Defense Law, insofar as it establishes compulsory military service, does not go against this constitutional provision but is, on the contrary, in faithful compliance therewith.

In the United States the courts have held in a series of decisions that the compulsory military service adopted by reason of the civil war and the world war does not violate the Constitution, because the power to establish it is derived from that granted to Congress to declare war and to organize and maintain an army. This is so because the right of the Government to require compulsory military service is a consequence of its duty to defend the State and is reciprocal with its duty to defend the life, liberty, and property of the citizen.

In the case of Jacobson vs. Massachusetts, it was said that, without violating the Constitution, a person may be compelled by force, if need be, against his will, against his pecuniary interests, and even against his religious or political convictions, to take his place in the ranks of the army of his country, and risk the chance of being shot down in its defense.

In the case of United States vs. Olson, it was also said that this is not deprivation of property without due process of law, because, in its just sense, there is no right of property to an office or employment.

The appealed judgment rendered in these two cases is affirmed, with the costs to the appellants.