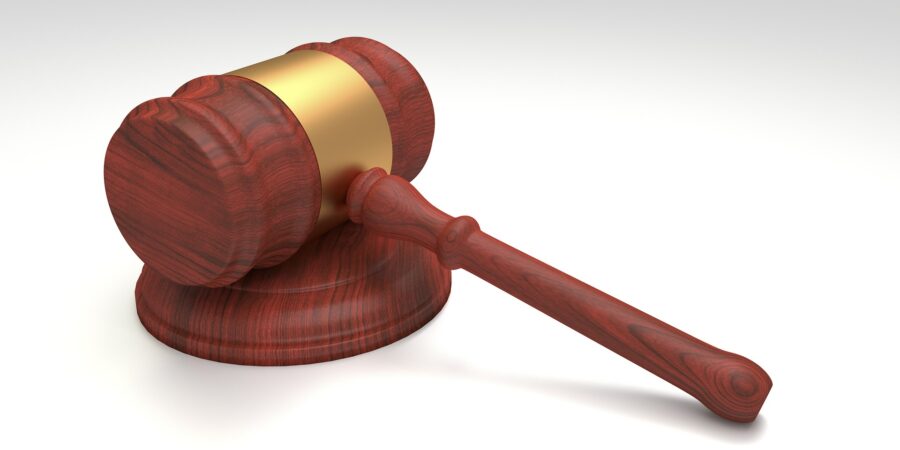 A Search Warrant was then immediately issued to the applicant by Judge Pampio A. Abarintos.

At about 12:45 in the morning of July 16, 1999, the search warrant was implemented by the PAOCTF. Before reaching appellant’s house, the policemen invited three (3) barangay tanods from Guadalupe’s Barangay outpost to accompany them to the house of the appellant.

Upon arrival to appellant’s house, the search warrant was served to appellant who was just inside the house together with his wife and other ladies. Upon informing appellant of the search warrant, he became angry and denied having committed any illegal activity. P/SInsp. Dueñas assured appellant that he had nothing to worry about if the PAOCTF would not find anything.

The team proceeded to search the living room in the presence of three tanods and the appellant himself. After an exhaustive search was done, firearms and ammunitions were recovered from the searched premises. An inventory was made at the living room of appellant in the presence of appellant himself, the barangay tanods and other persons present during the search. After appellant and the witnesses signed the inventory receipt, the team proceeded back to their office with appellant and the confiscated items.

Based on the Certification issued by the Firearms and Explosives Division of the Philippine National Police-Visayas (FED PNP-Visayas), appellant is not licensed to possess any kind of firearm or ammunition.

For the defense, they presented witness Felipenerie Jacaban, older sister of the appellant, who testified as to her presence during the conduct of the search. According to Felipenerie, at about 12:45 in the morning of July 16, 1999, policemen conducted a raid in the house of Gabriel Arda (uncle of appellant). The policemen who implemented the warrant were looking for his brother, herein appellant, so she went to appellant’s house and informed him that a raid was conducted at their uncle’s house and policemen were looking for him. When appellant arrived at his uncle’s house, policemen searched around the house and a pistol was subsequently recovered. Felipenerie claims that the recovered pistol was allegedly pledged by a policeman to her father. She also testified that appellant never made any protest and merely observed the proceeding.

An Information was filed with the RTC, charging petitioner with violation of PD 1866 as amended by RA 8294.

The RTC rendered its Decision convicting petitioner of the crime charged

On appeal, the CA issued its assailed Decision which affirmed in toto the RTC decision.

Hence, this petition for review filed by petitioner.

Whether or not petitioner is guilty of illegal possession of firearms and ammunitions under Presidential Decree (PD) No. 1866, as amended by Republic Act (RA) 8294.

The penalty of prision mayor in its minimum period and a fine of Thirty thousand pesos (P30,000.00) shall be imposed if the firearm is classified as high powered firearm which includes those with bores bigger in diameter than .38 caliber and 9 millimeter such as caliber .40, .41, .44, 45 and also lesser calibered firearms but considered powerful such as caliber .357 and caliber .22 center-fire magnum and other firearms with firing capability of full automatic and by burst of two or three: Provided, however,

That no other crime was committed by the person arrested.

The essential elements in the prosecution for the crime of illegal possession of firearms and ammunitions are:

(1) the existence of subject firearm; and,

(2) the fact that the accused who possessed or owned the same does not have the corresponding license for it.

The unvarying rule is that ownership is not an essential element of illegal possession of firearms and ammunition. What the law requires is merely possession, which includes not only actual physical possession, but also constructive possession or the subjection of the thing to one’s control and management.

Once the prosecution evidence indubitably points to possession without the requisite authority or license, coupled with animus possidendi or intent to possess on the part of the accused, conviction for violation of the said law must follow. Animus possidendi is a state of mind, the presence or determination of which is largely dependent on attendant events in each case. It may be inferred from the prior or contemporaneous acts of the accused, as well as the surrounding circumstances.

Here, the prosecution had proved the essential elements of the crime charged under PD 1866 as amended by RA 8294. The existence of the seized firearm and the ammunitions was established through the testimony of PO3 Sarte. There was an inventory of the items seized which was made in the presence of the petitioner and the three barangay tanods who all voluntarily signed the inventory receipt. PO3 Sarte identified all the seized items in open court.

It was convincingly proved that petitioner had constructive possession of the gun and the ammunitions, coupled with the intent to possess the same. Petitioner’s act of immediately rushing from the living room to the room where SPO2 Abellana found a calibre .45 and grappled with the latter for the possession of the gun proved that the gun was under his control and management. He also had the animus possidendi or intent to possess the gun when he tried to wrest it from SPO2 Abellana.

Petitioner’s lack of authority to possess the firearm was established by the testimony of Police Officer IV Dionisio V. Sultan, Chief Clerk of the Firearms and Explosive Division of the Philippine National Police-Visayas (FED-PNP- Visayas) that petitioner is not licensed to possess any kind of firearm or ammunition based on the FED-PNP master list.

Anent petitioner’s argument that the house where the firearm was found was not owned by him is not persuasive.

Even assuming that petitioner is not the owner of the house where the items were recovered, the ownership of the house is not an essential element of the crime under PD 1866 as amended.