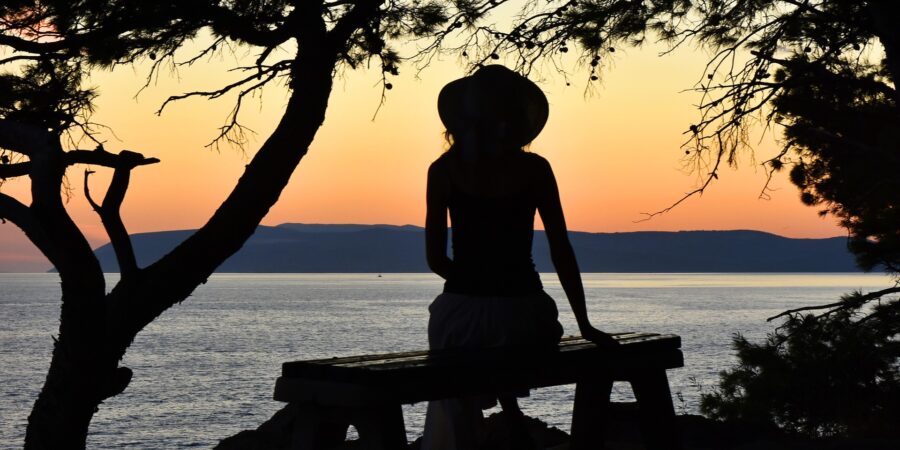 Amado Capina had been courting Avelina Jaurigue in vain.

On September 13, 1942, while Avelina was feeding a dog under her house, Amado approached her and spoke to her of his love, which she flatly refused, and he thereupon suddenly embraced and kissed her and touched her breasts, on account of which Avelina, resolute and quick-tempered girl, slapped Amado, gave him fist blows and kicked him. Since then, she armed herself with a long fan knife, whenever she went out, evidently for self-protection.

On September 15, 1942, about midnight, Amado climbed up the house of Jaurigue, and surreptitiously entered the room where she was sleeping. She immediately screamed for help, which awakened her parents, who rushed to her room. Amado came out from where he had hidden in Avelina’s room and kissed the hand of Nicolas Jaurigue, her father, asking for forgiveness; and when Avelina’s mother made an attempt to beat Amado, her husband prevented her from doing so, stating that Amado probably did not realize what he was doing.

At about 8 o’clock in the evening of September 20, 1942, Nicolas went to the barrio chapel to attend religious services.

Avelina entered the chapel shortly after the arrival of her father, and sat on the bench next to the last one nearest the door. Amado Capina was seated on the other side of the chapel. Upon observing the presence of Avelina, Amado went to the bench on which Avelina was sitting and sat by her right side, and, without saying a word, Amado, with the greatest of impudence, placed his hand on the upper part of her right thigh.

Avelina, conscious of her personal dignity and honor, pulled out with her right hand the fan knife, which she had in a pocket of her dress, with the intention of punishing Amado’s offending hand. Amado seized Avelina’s right hand, but she quickly grabbed the knife with her left hand and stabbed Amado once at the base of the left side of the neck, inflicting upon him a wound about 4 1/2 inches deep, which was necessarily mortal.

Nicolas, who was seated on one of the front benches, saw Amado bleeding and staggering towards the altar, and upon seeing his daughter still holding the bloody knife, he approached her and asked: “Why did you do that,” and answering him Avelina said: “Father, I could not endure anymore.”

Amado Capina died from the wound a few minutes later.

Whether or not Avelina is justified in killing Amado.

In the language of Viada, aside from the right to life on which rests the legitimate defense of our own person, we have the right to property acquired by us, and the right to honor which is not the least prized of our patrimony.

The attempt to rape a woman constitutes an unlawful aggression sufficient to put her in a state of legitimate defense, inasmuch as a woman’s honor cannot but be esteemed as a right as precious, if not more, than her very existence; and it is evident that a woman who, thus imperiled, wounds, nay kills the offender, should be afforded exemption from criminal liability, since such killing cannot be considered a crime from the moment it became the only means left for her to protect her honor from so great an outrage (1 Viada, Codigo Penal, 5th ed., p. 301; People vs. Luague and Alcansare, 62 Phil., 504).

As long as there is actual danger of being raped, a woman is justified in killing her aggressor, in the defense of her honor.

According to the facts established by the evidence and found by the learned trial court in this case, the barrio chapel was lighted with electric lights, and there were already several people, about ten of them, inside the chapel, including her own father and the barrio lieutenant and other dignitaries of the organization; and under the circumstances, there was and there could be no possibility of her being raped.

And when she gave Amado a thrust at the base of the left side of his neck, inflicting upon him a mortal wound 4 1/2 inches deep, causing his death a few moments later, the means employed by her in the defense of her honor was evidently excessive; and under the facts and circumstances of the case, she cannot be legally declared completely exempt from criminal liability.

But the fact that Avelina immediately and voluntarily and unconditionally surrendered to the barrio lieutenant, admitting having stabbed the deceased, immediately after the incident, and to remain there subject to the order of the said barrio lieutenant, an agent of the authorities; and the further fact that she had acted in the immediate vindication of a grave offense committed against her a few moments before, and upon such provocation as to produce passion and obfuscation, or temporary loss of reason and self-control, should be considered as mitigating circumstances in her favor.