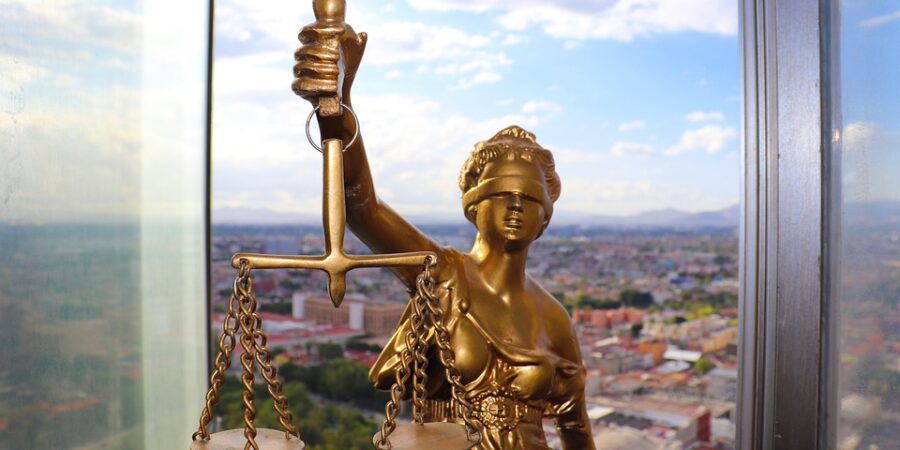 Exclusion in legal succession –– This is a simple case of exclusion in legal succession, where co-heirs were effectively deprived of their rightful share to the estate of their parents ― who died without a will ― by virtue of a defective deed of extrajudicial settlement or partition which granted a bigger share to one of the heirs and was prepared in such a way that  the other heirs would be effectively deprived of discovering and knowing its contents; under the law, “the children of the deceased shall always inherit from him in their own right, dividing the inheritance in equal shares”; application.

Extrajudicial settlement or partition –– Bautista v. Bautista and Segura v. Segura,cited; under the rule, ‘no extra-judicial settlement shall be binding upon any person who has not participated therein or had no notice thereof’; the deed of extra-judicial partition in the case at bar being invalid, the action to have it annulled does not prescribe.

Notarial will –– When Art. 805 of the Civil Code requires the testator to subscribe at the end of the will, it necessarily refers to the logical end thereof, which is where the last testamentary disposition ends; as the probate court correctly appreciated, the last page of the will does not contain any testamentary disposition; it is but a mere continuation of the Acknowledgment.

Partition of inheritance –– Generally, an action for partition may be seen to simultaneously present two issues: first, there is the issue of whether the plaintiff  is indeed a co-owner of the property sought to be partitioned; and second, assuming that the plaintiff successfully hurdles the first issue, there is the secondary issue of how the property is to be divided between the plaintiff and defendants, i.e., what portion should go to which co-owner; however, this definition does not take into account the difference between (1) an action of partition based on the successional rights of the heirs of a decedent, and

(2) an ordinary action of partition among co-owners; basis from Art. 777 of the Civil Code; under the law, partition of the inheritance may only be effected by

(1) the heirs themselves extrajudicially,

(2) by the court in an ordinary action for partition, or in the course of administration proceedings,

(3) by the testator himself, and

(4) by the third person designated by the testator;

instances when the appointment of an executor or administrator is dispensed with: one is through the execution of a public instrument by the heirs in an extrajudicial settlement of the estate; another, which is the focal point of this case, is through the ordinary action of partition.

Preterition –– Preterition consists in the omission in the testator’s will of a compulsory heir in the direct line or anyone of them either because they are not mentioned therein or although mentioned they are neither instituted as heir nor expressly disinherited; the act of totally depriving a compulsory heir of his legitime can take place either expressly or tacitly; the express deprivation of the legitime constitutes disinheritance; the tacit deprivation of the same is called preterition; in order that there be preterition, it is essential that the heir must be totally omitted.

The Civil Code allows partition inter vivos, it is incumbent upon the compulsory heir questioning its validity to show that his legitime is impaired; the preterition or omission of one, some, or all of the compulsory heirs in the direct line, whether living at the time of the execution of the will or born after the death of the testator, shall annul the institution of an heir; but the devises and legacies shall be valid insofar as they are not inofficious.

Substantial compliance rule –– The last will and testament has substantially complied with all the formalities required of a notarial will; the testator and the instrumental witnesses signed on every page of the will, except on the last, which refers to the Acknowledgment page; with regard to the omission of the number of pages in the attestation clause, this was supplied by the Acknowledgment portion of the will itself without the need to resort to extrinsic evidence.

The substantial compliance rule is embodied in the Civil Code as Art. 809 thereof, which provides that: Art. 809. In the absence of bad faith, forgery, or fraud, or undue and improper pressure and influence, defects and imperfections in the form of attestation or in the language used therein shall not render the will invalid if it is proved that the will was in fact executed and attested in substantial compliance with all the requirements of Art. 805; Toboada v. Hon. Rosal and Azuela v. CA, cited; what is imperative for the allowance of a will despite the existence of omissions is that such omissions must be supplied by an examination of the will itself, without the need of resorting to extrinsic evidence; those omissions which cannot be supplied except by an evidence aliunde would result in the invalidation of the attestation clause and ultimately, of the will itself.

Disposition of conjugal property –– While it has been settled that the congruence of the wills of the spouses is essential for the valid disposition of conjugal property, it cannot be ignored that the wife’s consent to the disposition of her one-half interest in the subject property remained undisputed; the Court deems it proper to uphold the validity of the Deed of Donation but only to the extent of the wife’s one-half share in the subject property; the right of the donee is limited only to the one-half undivided portion that the wife owned; explained. (Sps. Carlos vs. Tolentino, G.R. No. 234533, June 27, 2018)