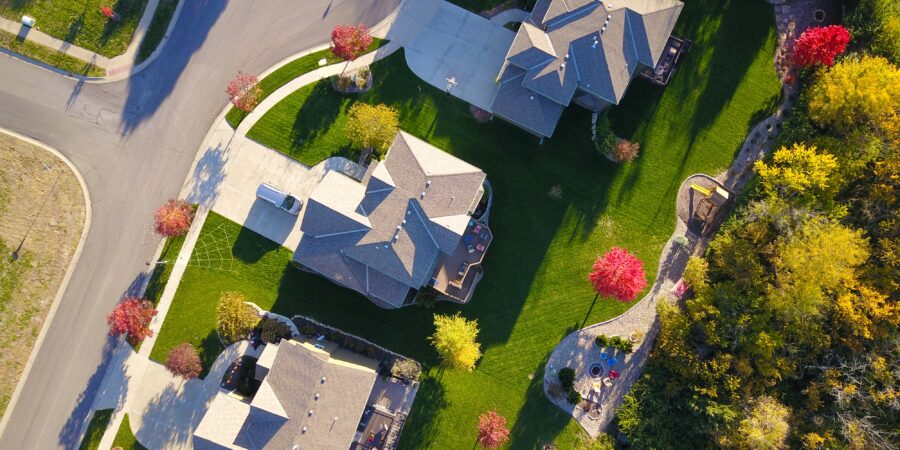 Cancellation of titles — Petitioner’s claim is anchored on a sale of the property to her predecessor-in-interest and not on any filiation with the original owner; this Court has stated that no judicial declaration of heirship is necessary in order that an heir may assert his or her right to the property of the deceased. (Bas Capablanca vs. Heirs of Pedro Bas, G.R. No. 224144, June 28, 2017)

Easement — An entitlement to the easement of right of way requires that the following requisites must be met: 1) the dominant estate is surrounded by other immovables and has no adequate outlet to a public highway (Art. 649, par. 1); 2) There is payment of proper indemnity (Art. 649, par. 1); 3) The isolation is not due to the acts of the proprietor of the dominant estate (Art. 649, last par.); and 4) The right of way claimed is at the point least prejudicial to the servient estate; and, where the distance from the dominant estate to a public highway may be the shortest. (Sps. Williams vs. Zerda, G.R. No. 207146, Mar. 15, 2017)

—      The criterion of least prejudice to the servient estate must prevail over the criterion of shortest distance although this is a matter of judicial appreciation; where the easement may be established on any of several tenements surrounding the dominant estate, the one where the way is shortest and will cause the least damage should be chosen; if having these two (2) circumstances do not concur in a single tenement, the way which will cause the least damage should be used, even if it will not be the shortest. (Sps. Williams vs. Zerda, G.R. No. 207146, Mar. 15, 2017)

Possessor in good faith — Art. 526 of the Civil Code provides that she is deemed a possessor in good faith, who is not aware that there exists in her title or mode of acquisition any flaw that invalidates it; effects thereof. (Alejo vs. Sps. Ernesto Cortez and Priscilla San Pedro, G.R. No. 206114, June 19, 2017)

View of dominance — A law that purports to protect the view of dominance of a particular property, such as a historical site or facility, must necessarily be a law that either prohibits the construction of buildings and other structures within a certain area outside of the premises of the site or facility or prescribes specific limitations on any such construction. (Knights of Rizal vs. DMCI Homes, Inc., G.R. No. 213948, April 25, 2017)

—      Sec. 47 of Ordinance No. 8119 only applies to development projects that are implemented within the historical sites or facilities and it does not provide any protection or guarantee to the view of dominance of such sites and facilities. (Knights of Rizal vs. DMCI Homes, Inc., G.R. No. 213948, April 25, 2017)

—      Sec. 48 of Ordinance No. 8119 does not prescribe any concrete building prohibition or restriction on construction projects that are specially geared towards the preservation of the view of dominance of properties or neighborhoods adjacent thereto; thus the standards under Sec. 48 are mere general norms that, per se, are insufficient to guarantee such view. (Knights of Rizal vs. DMCI Homes, Inc., G.R. No. 213948, April 25, 2017)

Ownership by virtue of tax declarations –– Any person who claims ownership by virtue of tax declarations must also prove that he has been in actual possession of the property; proof that the property involved had been declared for taxation purposes for a certain period of time, does not constitute proof of possession, nor is it proof of ownership, in the absence of the claimant’s actual possession of said property. (Delos Reyes vs. Municipality of Kalibo, Aklan, G.R. No. 214587, Feb. 26, 2018)

Remedies for dispossession –– Respondents failed to state when petitioner’s possession was initially lawful, and how and when their dispossession started; all that appears from the Complaint is that petitioner’s occupation “is illegal and not anchored upon any contractual relations with respondents”; they allege that petitioner’s occupation was illegal from the start; the proper remedy, therefore, should have been to file an accion publiciana or accion reivindicatoria to assert their right of possession or their right of ownership. (Eversley Childs Sanitarium vs. Sps. Barbarona, G.R. No. 195814, April 04, 2018)

––      There are three (3) remedies available to one who has been dispossessed of property: (1) an action for ejectment to recover possession, whether for unlawful detainer or forcible entry; (2) accion publiciana or accion plenaria de posesion, or a plenary action to recover the right of possession; and (3) accion reivindicatoria, or an action to recover ownership; ejectment and accion publiciana have two (2) distinguishing differences; discussed. (Eversley Childs Sanitarium vs. Sps. Barbarona, G.R. No. 195814, April 04, 2018)

Rights of the owner of the land –– As correctly ruled by the Court of Appeals, respondents may exercise their rights under Art. 448, in relation to Art. 546 of the New Civil Code; said provision provides them with the option of either: (1) appropriating the improvements, after payment of indemnity representing the value of the improvements introduced and the necessary and useful expenses defrayed on the subject lots; or (2) obliging the petitioner to pay the price of the land; however, petitioner cannot be obliged to buy the land if its value is considerably more than that of the improvements and buildings it built; consequence. (Dept. of Education, Culture and Sports vs. Heirs of Regino Banguilan, G.R. No. 230399, June 20, 2018)

Modes of acquiring ownership –– A mere waiver of rights is not an effective mode of transferring ownership under our Civil Code; under Art. 712 of the Civil Code, the modes of acquiring ownership are generally classified into two (2) classes, namely, the original mode (i.e., through occupation, acquisitive prescription, law or intellectual creation) and the derivative mode (i.e., through succession mortis causa or tradition as a result of certain contracts, such as sale, barter, donation, assignment or mutuum); application. (Heirs of Jose Peñaflor vs. Heirs of Artemio and Lydia Dela Cruz, G.R. No. 197797, Aug. 09, 2017)

Prescription — Art. 1108 (4) of the Civil Code expressly provides that prescription does not run against the State and its subdivisions; this rule has been consistently adhered to in a long line of cases involving reversion of public lands, where it is often repeated that when the government is the real party in interest, and it is proceeding mainly to assert its own right to recover its own property, there can, as a rule, be no defense grounded on laches or prescription; this rule applies, regardless of the nature of the government property. (Ramiscal, Jr. vs. COA, G.R. No. 213716, Oct. 10, 2017)

Right-of-way –– Under the Philippine Highway Act of 1953, “right-of-way” is defined as the land secured and reserved to the public for highway purposes, whereas “highway” includes rights-of-way, bridges, ferries, drainage structures, signs, guard rails, and protective structures in connection with highways. (Hi-Lon Mfg., Inc. vs. COA, G.R. No. 210669, Aug. 01, 2017)

Road right of way –– Being of similar character as roads for public use, a road right-of-way (RROW) can be considered as a property of public dominion, which is outside the commerce of man, and cannot be leased, donated, sold, or be the object of a contract,except insofar as they may be the object of repairs or improvements and other incidental matters; however, this RROW must be differentiated from the concept of easement of right of way under Art. 649of the Civil Code; a RROW cannot be registered in the name of private persons under the Land Registration Law and be the subject of a Torrens Title. (Hi-Lon Mfg., Inc. vs. COA, G.R. No. 210669, Aug. 01, 2017)

––      Having actual notice of a public highway built on the RROW portion of the subject property, petitioner cannot afford to ignore the possible claim of encumbrance thereon by the government, much less fail to inquire into the status of such property. (Hi-Lon Mfg., Inc. vs. COA, G.R. No. 210669, Aug. 01, 2017)

––      Petitioner cannot invoke lack of notice of the government’s claim over the RROW simply because it has actual notice of the public highway built thereon, which constitutes as a statutory lien on its title even if it is not inscribed on the titles of its predecessors-in-interest; actual notice is equivalent to registration, because to hold otherwise would be to tolerate fraud and the Torrens System cannot be used to shield fraud. (Hi-Lon Mfg., Inc. vs. COA, G.R. No. 210669, Aug. 01, 2017)

––      The mistake of the government officials in offering to buy the RROW does not bind the State, let alone vest ownership of the property to petitioner; as a rule, the State, as represented by the government, is not estopped by the mistakes or errors of its officials or agents, especially true when the government’s actions are sovereign in nature. (Hi-Lon Mfg., Inc. vs. COA, G.R. No. 210669, Aug. 01, 2017)

Torrens title — Petitioners’ attack on the validity of respondent’s Torrens title in the civil case by claiming that their father became the owner of the subject property constitutes a collateral attack on said title; a certificate of title shall not be subject to a collateral attack and that the issue of the validity of title can only be assailed in an action expressly instituted for such purpose. (Heirs of Victor Amistoso vs. Vallecer, G.R. No. 227124, Dec. 06, 2017)