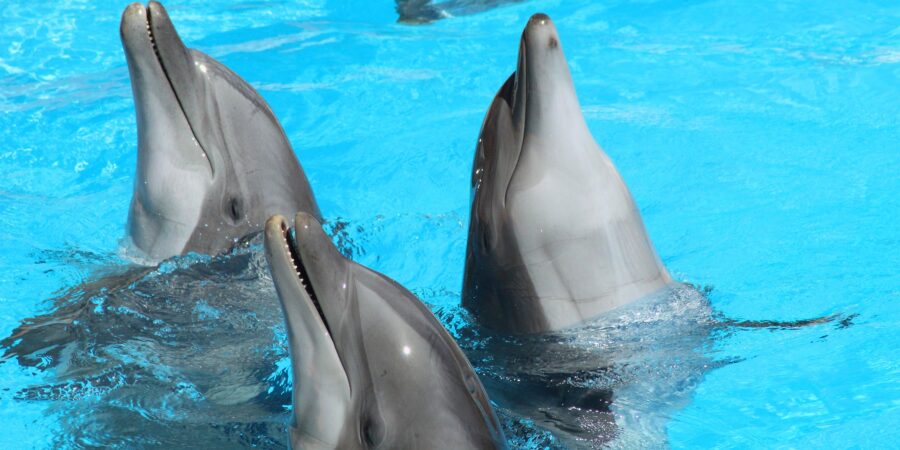 On June 13, 2002, the Government of the Philippines, acting through the DOE, entered into a Geophysical Survey and Exploration Contract-I 02 (GSEC-102) with Japan Petroleum Exploration Co., Ltd. (JAPEX). This contract involved geological and geophysical studies of the Tañon Strait. The studies included surface geology, sample analysis, and reprocessing of seismic and magnetic data. JAPEX, assisted by DOE, also conducted geophysical and satellite surveys, as well as oil and gas sampling in Tañon Strait.

In December 2004, DOE and JAPEX formally converted GSEC-102 into Service Contract No. 46 (SC-46) for the exploration, development, and production of petroleum resources in a block covering approximately 2,850 square kilometers offshore the Tañon Strait.

From May 9 to 18, 2005, JAPEX conducted seismic surveys in and around the Tañon Strait. A multi-channel sub-bottom profiling covering approximately 751 kilometers was also done to determine the area’s underwater composition.

After an Environmental Compliance Certificate (ECC) was granted to DOE and JAPEX for the offshore oil and gas exploration project in Tañon Strait, JAPEX began to drill an exploratory well, with a depth of 3,150 meters, near Pinamungajan town in the western Cebu Province. This drilling lasted until February 8, 2008.

It was in view of the foregoing state of affairs that petitioners applied to this Court for redress, via two separate original petitions both dated December 1 7, 2007, wherein they commonly seek that respondents be enjoined from implementing SC-46 for, among others, violation of the 1987 Constitution.

Petitioners Resident Marine Mammals and Stewards aver that a study made after the seismic survey showed that the fish catch was reduced drastically by 50 to 70 percent. They claim that before the seismic survey, the average harvest per day would be from 15 to 20 kilos; but after the activity, the fisherfolk could only catch an average of 1 to 2 kilos a day.

Public respondents, through the Solicitor General, contend, among others, that petitioners Resident Marine Mammals and Stewards have no legal standing to file the present petition; and that SC-46 does not violate the 1987 Constitution and the various laws cited in the petitions

I. WHETHER OR NOT PETITIONERS HAVE LOCUS STAND! TO FILE THE INSTANT PETITION; and

II. WHETHER OR NOT SERVICE CONTRACT NO. 46 IS VIOLA T[IVE] OF THE 1987 PHILIPPINE CONSTITUTION AND STATUTES;

The Resident Marine Mammals, through the Stewards, “claim” that they have the legal standing to file this action since they stand to be benefited or injured by the judgment in this suit.

For their part, the Stewards contend that there should be no question of their right to represent the Resident Marine Mammals as they have stakes in the case as forerunners of a campaign to build awareness among the affected residents of Tañon Strait and as stewards of the environment since the primary steward, the Government, had failed in its duty to protect the environment pursuant to the public trust doctrine.

It had been suggested by animal rights advocates and environmentalists that not only natural and juridical persons should be given legal standing because of the difficulty for persons, who cannot show that they by themselves are real parties-in-interests, to bring actions in representation of these animals or inanimate objects. For this reason, many environmental cases have been dismissed for failure of the petitioner to show that he/she would be directly injured or affected by the outcome of the case.

However, in our jurisdiction, locus standi in environmental cases has been given a more liberalized approach. While developments in Philippine legal theory and jurisprudence have not progressed as far as Justice Douglas’s paradigm of legal standing for inanimate objects, the current trend moves towards simplification of procedures and facilitating court access in environmental cases.

Recently, the Court passed the landmark Rules of Procedure for Environmental Cases, which allow for a “citizen suit,” and permit any Filipino citizen to file an action before our courts for violations of our environmental laws.

Moreover, even before the Rules of Procedure for Environmental Cases became effective, this Court had already taken a permissive position on the issue of locus standi in environmental cases. In Oposa, we allowed the suit to be brought in the name of generations yet unborn “based on the concept of intergenerational responsibility insofar as the right to a balanced and healthful ecology is concerned.”

Furthermore, we said that the right to a balanced and healthful ecology, a right that does not even need to be stated in our Constitution as it is assumed to exist from the inception of humankind, carries with it the correlative duty to refrain from impairing the environment.

In light of the foregoing, the need to give the Resident Marine Mammals legal standing has been eliminated by our Rules, which allow any Filipino citizen, as a steward of nature, to bring a suit to enforce our environmental laws. It is worth noting here that the Stewards are joined as real parties in the Petition and not just in representation of the named cetacean species. The Stewards, Ramos and Eisma-Osorio, having shown in their petition that there may be possible violations of laws concerning the habitat of the Resident Marine Mammals, are therefore declared to possess the legal standing to file this petition.

The petitioners insist that SC-46 is null and void for having violated Section 2, Article XII of the 1987 Constitution, which reads as follows:

Section 2. All lands of the public domain, waters, minerals, coal, petroleum, and other mineral oils, all forces of potential energy, fisheries, forests or timber, wildlife, flora and fauna, and other natural resources are owned by the State. With the exception of agricultural lands, all other natural resources shall not be alienated. The exploration, development, and utilization of natural resources shall be under the full control and supervision of the State. The State may directly undertake such activities, or it may enter into co-production, joint venture, or production-sharing agreements with Filipino citizens, or corporations or associations at least sixty per centum of whose capital is owned by such citizens. Such agreements may be for a period not exceeding twenty-five years, renewable for not more than twenty-five years, and under such terms and conditions as may be provided by law. In cases of water rights for irrigation, water supply, fisheries, or industrial uses other than the development of water power, beneficial use may be the measure and limit of the grant.

The State shall protect the nation’s marine wealth in its archipelagic waters, territorial sea, and exclusive economic zone, and reserve its use and enjoyment exclusively to Filipino citizens. The Congress may, by law, allow small-scale utilization of natural resources by Filipino citizens, as well as cooperative fish farming, with priority to subsistence fishermen and fishworkers in rivers, lakes, bays, and lagoons.

The President may enter into agreements with foreign-owned corporations involving either technical or financial assistance for large-scale exploration, development, and utilization of minerals, petroleum, and other mineral oils according to the general terms and conditions provided by law, based on real contributions to the economic growth and general welfare of the country. In such agreements, the State shall promote the development and use of local scientific and technical resources.

The President shall notify the Congress of every contract entered into in accordance with this provision, within thirty days from its execution.

This Court finds that SC-46 is indeed null and void for noncompliance with the requirements of the 1987 Constitution.

Note must be made at this point that while Presidential Decree No. 87 which governs the disposition, exploration, development, exploitation, and utilization of indigenous petroleum in the Philippines, may serve as the general law upon which a service contract for petroleum exploration and extraction may be authorized, the exploitation and utilization of this energy resource in the present case may be allowed only through a law passed by Congress, since the Tañon Strait is protected by the National Integrated Protected Areas System Act of 1992 (NIPAS Act).

Moreover, the President was not the signatory to SC-46 and the same was not submitted to Congress.

As this Court has held in La Bugal, our Constitution requires that the President himself be the signatory of service agreements with foreign-owned corporations involving the exploration, development, and utilization of our minerals, petroleum, and other mineral oils. This power cannot be taken lightly.

In this case, the public respondents have failed to show that the President had any participation in SC-46. Their argument that their acts are actually the acts of then President Macapagal-Arroyo, absent proof of her disapproval, must fail as the requirement that the President herself enter into these kinds of contracts is embodied not just in any ordinary statute, but in the Constitution itself.

These service contracts involving the exploitation, development, and utilization of our natural resources are of paramount interest to the present and future generations. Hence, safeguards were put in place to insure that the guidelines set by law are meticulously observed and likewise to eradicate the corruption that may easily penetrate departments and agencies by ensuring that the President has authorized or approved of these service contracts herself.