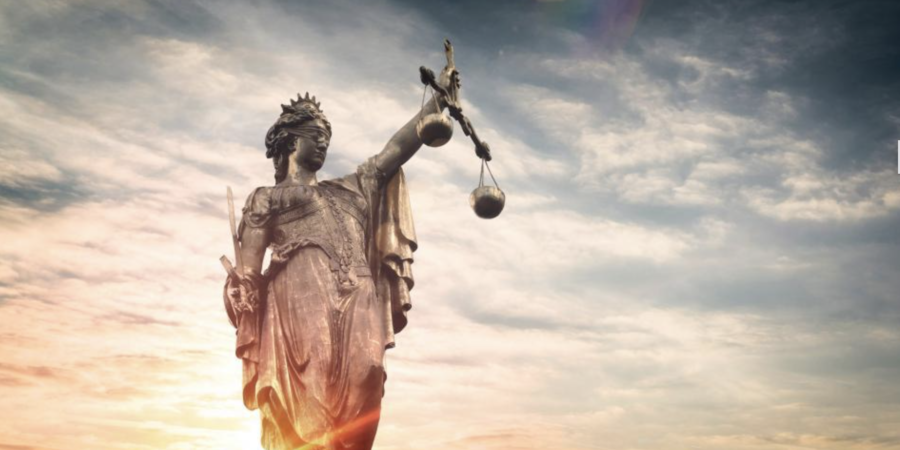 Mario Victor M. Andal and Rosanna L. Tan met in 1975. They eventually lost contact until they reconnected in 1995 when Mario was in the Philippines for a two-month vacation from his work in Italy. They became sweethearts in June 1995. And in July 1995, Mario left for Italy, promising Rosanna that he would be back by November for their December wedding.

However, Mario was back by September, after he had quit his job.

After Mario’s return, Rosanna noticed that Mario always went out at night and would come back home at dawn, either alone or with his friends. He also had difficulty in managing his finances.

There were times when Mario would allegedly be extremely irritable and moody, causing Rosanna to have second thoughts about marrying him. However, by November 1995, Rosanna was already pregnant with their child. When Rosanna told Mario about it, he became more eager to marry her.

The parties eventually married on December 16, 1995.

Since Mario had no work, Rosanna taught him to run Design and Construction Matrix, the construction firm she had set up before she married.

Mario would leave their house for several days without informing Rosanna of his whereabouts. Once he returned home, he would refuse to go out and would sleep for days. Mario was also “hyper-active” late at night.

Rosanna confronted Mario about his behavior. To Rosanna’s shock, Mario admitted that he was using marijuana, although he claimed that he was not addicted and that he could stop anytime. Mario continued with his drug use.

On July 27, 1996, Rosanna gave birth to Ma. Samantha, the only child of the parties.  The family lived in a duplex, with Rosanna’s parents living in the other half of the duplex.

After the birth of Ma. Samantha, Mario showed symptoms of paranoia. Mario would also take large cash advances from Design and Construction Matrix every week. Rosanna only learned of Mario’s numerous cash advances when an accounting personnel informed her that the firm could no longer pay the construction workers’ salaries.

After four years of marriage, Mario and Rosanna separated in 2000.  Rosanna has since kept the sole custody of Ma. Samantha.

On December 18, 2001, Mario filed a Petition for custody of Ma. Samantha before the RTC, praying that he be allowed to exercise parental authority over his daughter.

On August 6, 2003, Rosanna filed a Petition for declaration of nullity of her marriage, claiming that Mario was psychologically incapacitated to comply with his essential marital obligations to her.

Upon order of the RTC, the Prosecutor reported that he found no signs of collusion between Mario and Rosanna.

The cases for custody and declaration of nullity were then consolidated.

Rosanna contended that Mario’s drug use was the manifestation of a grave personality disorder “deeply rooted within [Mario’s] adaptive system. She thus prayed that the trial court nullify their marriage.

In its Decision, the Regional Trial Court found that Rosanna discharged the burden of proving Mario’s psychological incapacity, and declared their marriage void ab initio.

Mario moved for reconsideration, which the trial court denied.

On appeal, the Court of Appeals reversed the RTC ruling. The CA found Dr. Garcia’s psychiatric evaluation of Mario to be “unscientific and unreliable” since she diagnosed Mario without interviewing him. The CA ruled that Dr. Garcia “was working on pure suppositions and second-hand information fed to her by one side.”

Thus, the Court of Appeals declared Mario and Rosanna’s marriage valid and subsisting.

Rosanna moved for reconsideration, which the CA denied.

Hence, Rosanna filed a Petition for Review on Certiorari before this Court.

Whether or not the marriage between Mario and Rosanna is void due to psychological incapacity.

Psychological incapacity as a ground provided in Article 36 of the Family Code:

ARTICLE 36. A marriage contracted by any party who, at the time of the celebration, was psychologically incapacitated to comply with the essential marital obligations of marriage, shall likewise be void even if such incapacity becomes manifest only after its solemnization.

To recall, the term “psychological incapacity” was first defined by this Court in Santos as a “mental (not physical) incapacity” to comply with the essential marital obligations. The term was confined to “the most serious cases of personality disorders clearly demonstrative of an utter insensitivity or inability to give meaning and significance to the marriage.” This characterization became the basis of the second Molina guideline, where parties to a nullity case are required to present evidence of the root cause of the psychological incapacity, which must be

(a) medically or clinically identified,

(b) alleged in the complaint,

(c) sufficiently proven by experts and

(d) clearly explained in the decision.

By equating psychological incapacity to a “mental incapacity” and to “personality disorders,” this Court went against the intent behind Article 36.

In the 2000 case of Marcos v. Marcos, the Court declared that “a medical examination of the person concerned need not be resorted to.” Instead, as this Court said, “the totality of evidence presented is enough to sustain a finding of psychological incapacity.

In light of the foregoing, this Court now categorically abandons the second Molina guideline.

Psychological incapacity is neither a mental incapacity nor a personality disorder that must be proven through expert opinion.

There must be proof, however, of the durable or enduring aspects of a person’s personality, called “personality structure,” which manifests itself through clear acts of dysfunctionality that undermines the family. The spouse’s personality structure must make it impossible for him or her to understand and, more important, to comply with his or her essential marital obligations.

Proof of these aspects of personality need not be given by an expert. Ordinary witnesses who have been present in the life of the spouses before the latter contracted marriage may testify on behaviors that they have consistently observed from the supposedly incapacitated spouse. From there, the judge will decide if these behaviors are indicative of a true and serious incapacity to assume the essential marital obligations.

In this way, the Code Committee’s intent to limit the incapacity to “psychic causes” is fulfilled. Furthermore, there will be no need to label a person as having a mental disorder just to obtain a decree of nullity.

A person’s psychological incapacity to fulfill his or her marital obligations should not be at the expense of one’s dignity, because it could very well be that he or she did not know that the incapacity existed in the first place.

Reading together the deliberations of the Code Committee and our rulings in Santos and Molina, we hold that the psychological incapacity contemplated in Article 36 of the Family Code is incurable, not in the medical, but in the legal sense; hence, the third Molina guideline is amended accordingly. This means that the incapacity is so enduring and persistent with respect to a specific partner, and contemplates a situation where the couple’s respective personality structures are so incompatible and antagonistic that the only result of the union would be the inevitable and irreparable breakdown of the marriage.

With respect to gravity, the requirement is retained, not in the sense that the psychological incapacity must be shown to be a serious or dangerous illness, but that “mild characterological peculiarities, mood changes, occasional emotional outbursts” are excluded.

The psychological incapacity cannot be mere “refusal, neglect[,] or difficulty, much less ill will.” In other words, it must be shown that the incapacity is caused by a genuinely serious psychic cause.

Not all kinds of failure to meet their obligations to their children will nullify the vinculum between the spouses. In each case, it must be clearly shown that it is of such grievous nature that it reflects on the capacity of one of the spouses for marriage. As in all cases, the context of the whole case, shown by clear and convincing evidence, should be taken into consideration.

To summarize, psychological incapacity consists of clear acts of dysfunctionality that show a lack of understanding and concomitant compliance with one’s essential marital obligations due to psychic causes. It is not a medical illness that has to be medically or clinically identified; hence, expert opinion is not required.

As an explicit requirement of the law, the psychological incapacity must be shown to have been existing at the time of the celebration of the marriage, and is caused by a durable aspect of one’s personality structure, one that was formed before the parties married. Furthermore, it must be shown caused by a genuinely serious psychic cause. To prove psychological incapacity, a party must present clear and convincing evidence of its existence.

Considering the foregoing, this Court finds Mario psychologically incapacitated to comply with his essential marital obligations.