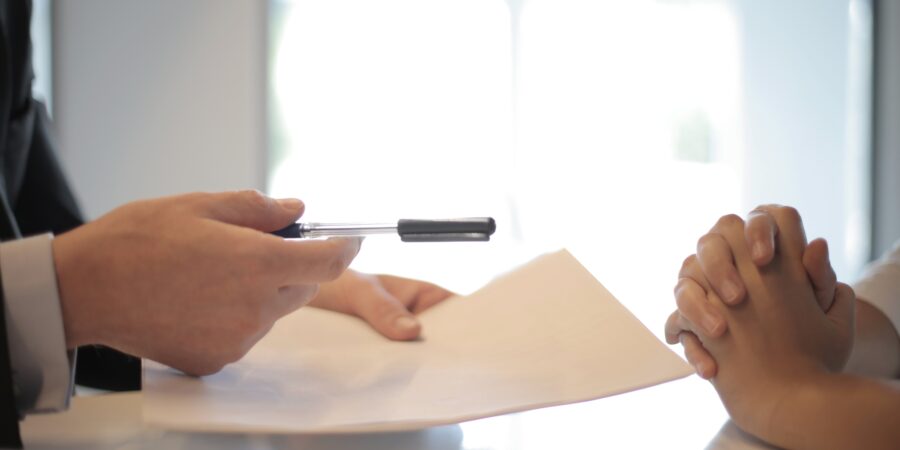 Petitioner is a recruitment and placement agency.

Respondent Joy Cabiles signed a one-year employment contract  as quality control of Taiwan Wacoal for one year for a monthly salary of NT$15,360.00. WhenJoy was deployed in Taiwan, she was asked to work as a cutter.

Sameer claims that a certain Mr. Huwang from Wacoal informed Joy, without prior notice, that she was terminated and that “she should immediately report to their office to get her salary and passport.” She was asked to “prepare for immediate repatriation.” Joy claims that she was told that from June 26 to July 14, 1997, she only earned a total of NT$9,000.15 According to her, Wacoal deducted NT$3,000 to cover her plane ticket to Manila.

Joy filed a complaint for illegal dismissal with the NLRC against petitioner and Wacoal. LA dismissed the complaint. NLRC reversed LA’s decision. CA affirmed the ruling of the NLRC for illegal dismissal by respondent and awarded Joy three months’ worth of salary, the reimbursement of the cost of her repatriation, and attorney’s fees.

Whether or not Cabiles is entitled to the unexpired portion of her salary due to illegal dismissal.

Respondent Joy Cabiles, having been illegally dismissed, is entitled to her salary for the unexpired portion of the employment contract that was violated together with attorney’s fees and reimbursement of amounts withheld from her salary.

Section 10 of Republic Act No. 8042, otherwise known as the Migrant Workers and Overseas Filipinos Act of 1995, states that overseas workers who were terminated without just, valid, or authorized cause “shall be entitled to the full reimbursement of his placement fee with interest of twelve (12%) per annum, plus his salaries for the unexpired portion of his employment contract or for three (3) months for every year of the unexpired term, whichever is less.”

Respondent Joy Cabiles is entitled to her salary for the unexpired portion of her contract, in accordance with Section 10 of Republic Act No. 8042. The award of the three-month equivalence of respondent’s salary must be modified accordingly. Since she started working on June 26, 1997 and was terminated on July 14, 1997, respondent is entitled to her salary from July 15, 1997 to June 25, 1998. “To rule otherwise would be iniquitous to petitioner and other OFWs, and would, in effect, send a wrong signal that principals/employers and recruitment/manning agencies may violate an OFW’s security of tenure which an employment contract embodies and actually profit from such violation based on an unconstitutional provision of law.”

We reiterate our finding in Serrano v. Gallant Maritime that limiting wages that should be recovered by an illegally dismissed overseas worker to three months is both a violation of due process and the equal protection clauses of the Constitution.

The liability of the principal/employer and the recruitment/placement agency for any and all claims under this section shall be joint and several. This provision shall be incorporated in the contract for overseas employment and shall be a condition precedent for its approval.

Such liabilities shall continue during the entire period or duration of the employment contract and shall not be affected by any substitution, amendment or modification made locally or in a foreign country of the said contract.