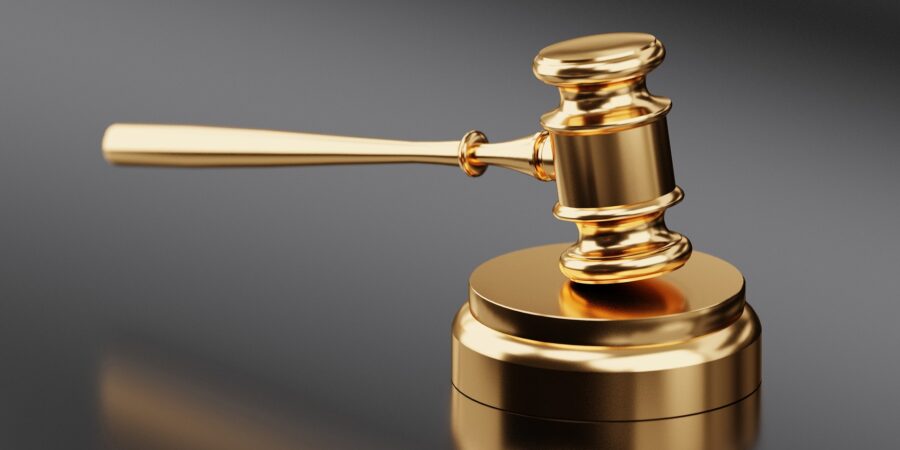 The civil cases before the RTC involved two (2) parcels of land identified as Lot 1 and Lot 2, both of which are portions of a parcel of land previously registered in the name of Luis A. Pujalte.

Plaintiffs-appellants Roberto S. Sylianteng and Caesar S. Sylianteng (“appellants”) base their claim of ownership over the subject lots through a Deed of Absolute Sale executed in their favor by their mother, Emerenciana Sylianteng, who acquired the lots from the late Luis, as reflected in Entry No. P.E. 4023, annotated on the covering TCT, by virtue of which she was issued TCT No. 42369. Then, when she sold the lots to appellants, TCT No. 39488, covering the same, was issued in their names.

[Herein petitioners] Skunac Corporation (“Skunac”) and Alfonso F. Enriquez (“Enriquez”), on the other hand, claim that a certain Romeo Pujalte who was declared by the RTC of Pasig City, as the sole heir of Luis Pujalte, caused the reconstitution of the Mother Title resulting to its cancellation and the issuance of TCT No. 5760-R in his favor.

[Respondents] contend that they have a better right to the lots in question because the transactions conveying the same to them preceded those claimed by [petitioners] as source of the latter’s titles. [Respondents] further assert that [petitioners] could not be considered as innocent purchasers in good faith and for value because they had prior notice of the previous transactions as stated in the memorandum of encumbrances annotated on the titles covering the subject lots. [Petitioners], for their part, maintain that [respondents] acquired the lots under questionable circumstances it appearing that there was no copy of the Deed of Sale, between Emerenciana and Luis Pujalte, on file with the Office of the Register of Deeds.

The RTC rendered a decision in favor of herein petitioners, declaring them as buyers in good faith and for value, and declaring the TCTs in the name of SKUNAC Corporation and Enriquez as valid.

Herein respondents then filed an appeal with the CA.

Petitioners filed a Motion for Reconsideration, but the CA denied it.

The Court rules in the affirmative, but takes exception to the CA’s and RTC’s application of Article 1544 of the Civil Code.

Reliance by the trial and appellate courts on Article 1544 of the Civil Code is misplaced. The requisites that must concur for Article 1544 to apply are:

(a) The two (or more sales) transactions must constitute valid sales;

(b) The two (or more) sales transactions must pertain to exactly the same subject matter;

(c) The two (or more) buyers at odds over the rightful ownership of the subject matter must each represent conflicting interests; and

(d) The two (or more) buyers at odds over the rightful ownership of the subject matter must each have bought from the very same seller.

Obviously, said provision has no application in cases where the sales involved were initiated not by just one but two vendors. In the present case, the subject lots were sold to petitioners and respondents by two different vendors – Emerenciana and Romeo Pujalte. Hence, Article 1544 of the Civil Code is not applicable.

Nonetheless, the Court agrees with the findings and conclusion of the CA that Emerenciana’s acquisition of the subject lots from Luis and her subsequent sale of the same to respondents are valid and lawful.

Petitioners assail the authenticity and due execution of the deed of sale between Luis and Emerenciana.

Petitioners contend that respondents’ presentation of the “duplicate/carbon” original of the Deed of Sale dated June 20, 1958 is in violation of the best evidence rule under Section 3, Rule 130 of the Rules of Court. The Court does not agree.

The best evidence rule is inapplicable to the present case. The said rule applies only when the content of such document is the subject of the inquiry. Where the issue is only as to whether such document was actually executed, or exists, or on the circumstances relevant to or surrounding its execution, the best evidence rule does not apply and testimonial evidence is admissible.

Any other substitutionary evidence is likewise admissible without need to account for the original. In the instant case, what is being questioned is the authenticity and due execution of the subject deed of sale. There is no real issue as to its contents.

It is settled that a signed carbon copy or duplicate of a document executed at the same time as the original is known as a duplicate original and may be introduced in evidence without accounting for the non-production of the original.

Moreover, Section 4 (b), Rule 130 of the Rules of Court provides that “[w]hen a document is in two or more copies executed at or about the same time, with identical contents, all such copies are equally regarded as originals.”

In addition, evidence of the authenticity and due execution of the subject deed is the fact that it was notarized. The notarization of a private document converts it into a public document. Moreover, a notarized instrument is admissible in evidence without further proof of its due execution, is conclusive as to the truthfulness of its contents, and has in its favor the presumption of regularity. This presumption is affirmed if it is beyond dispute that the notarization was regular. To assail the authenticity and due execution of a notarized document, the evidence must be clear, convincing and more than merely preponderant.

In the present case, petitioners failed to present convincing evidence to prove that the notarization of the subject deed was irregular as to strip it of its public character.

It is true that a person dealing with registered land need not go beyond the title. However, it is equally true that such person is charged with notice of the burdens and claims which are annotated on the title. In the instant case, The Torrens Certificate of Title (TCT No. 5760-R) in the name of Romeo, which was the title relied upon by petitioners, also contained Entry No. P.E. 4023, quoted above, which essentially informs petitioners that the lots which they were about to buy and which they in fact bought, were already sold to Emerenciana. This entry should have alerted petitioners and should have prodded them to conduct further investigation. Simple prudence would have impelled them as honest persons to make deeper inquiries to clear the suspiciousness haunting Romeo’s title. On the contrary, rather than taking caution in dealing with Romeo, petitioners, instead, subsequently executed deeds of sale over the same properties but all of which were, nonetheless, disallowed by the estate court on the ground that the said lots were already sold, this time, by Emerenciana to respondents. In this regard, petitioners acted in bad faith.