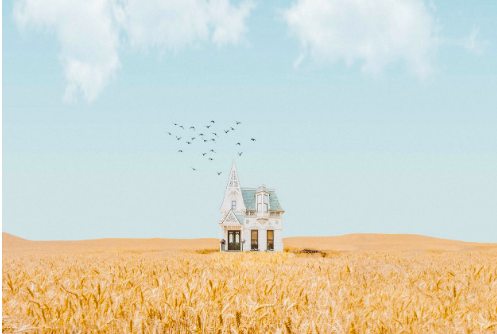 The subject property, Lot No. 4089, is a parcel of agricultural land originally registered in the name of petitioner Felipe Solitarios under OCT No. 1249, and, thereafter, in the name of the respondents, spouses Gaston and Lilia Jaque, under Transfer Certificate of Title (TCT) No. 745.

In an alleged breach of their agreement, however, the spouses Solitarios stopped delivering any produce, and even claimed ownership over Lot 4089. Thus, the Jaques filed the adverted Complaint for Ownership and Recovery of Possession with the RTC.

For their part, the spouses Solitarios denied selling Lot 4089 and explained that they merely mortgaged the same to Sps. Jaque after the latter helped them redeem the land from PNB.

The RTC dismissed the case and declared that what the parties entered into was actually an equitable mortgage, and not a sale. Consequently, the RTC ordered, among others, the reformation of the Deeds of Sale, and the cancellation of TCT No. 745 in the name of the Sps. Jaque.

On appeal, the CA reversed and set aside the RTC Decision, rejecting the trial court’s holding that the contract between the parties constituted an equitable mortgage.

The CA denied the Motion for Reconsideration filed by Sps. Solitarios.

Whether the parties effectively entered into a contract of absolute sale or an equitable mortgage of Lot 4089.

The petition is impressed with merit.

At the outset, We note that, contrary to the finding of the CA, petitioner spouses Solitarios actually presented before the RTC their position that the real agreement between the parties was a mortgage, and not a sale.

The Court is, therefore, not precluded from looking into the real intentions of the parties in order to resolve the present controversy.

Article 1370 of the Civil Code instructs that “if the words [of a contract] appear to be contrary to the evident intention of the parties, the latter shall prevail over the former.”

Indeed, it is firmly settled that clarity of contract terms and the name given to it does not bar courts from determining the true intent of the parties.

In determining the nature of a contract, courts are not bound by the title or name given by the parties. The decisive factor in evaluating such agreement is the intention of the parties, as shown not necessarily by the terminology used in the contract but by their conduct, words, actions and deeds prior to, during and immediately after executing the agreement.

As such therefore, documentary and parol evidence may be submitted and admitted to prove such intention.

The decisive factor in evaluating such agreement is the intention of the parties, as shown not necessarily by the terminology used in the contract but by all the surrounding circumstances, such as the relative situation of the parties at that time, the attitude, acts, conduct, declarations of the parties, the negotiations between them leading to the deed, and generally, all pertinent facts having a tendency to fix and determine the real nature of their design and understanding. x x x

Article 1602 in relation to Article 1604 of the Civil Code enumerates several instances when a contract, purporting to be, an absolute sale, is presumed to be an equitable mortgage, thus:

Art. 1602. The contract shall be presumed to be an equitable mortgage, in any of the following cases:

(1) When the price of a sale with right to repurchase is unusually inadequate;

(2) When the vendor remains in possession as lessee or otherwise;

(3) When upon or after the expiration of the right to repurchase another instrument extending the period of redemption or granting a new period is executed;

(5) When the vendor binds himself to pay the taxes on the thing sold;

(6) In any other case where it may be fairly inferred that the real intention of the parties is that the transaction shall secure the payment of a debt or the performance of any other obligation.

As evident from Article 1602 itself, the presence of any of the circumstances set forth therein suffices for a contract to be deemed an equitable mortgage. No concurrence or an overwhelming number is needed.

We thus declare that the transaction between the parties of the present case is actually one of equitable mortgage pursuant to the foregoing provisions of the Civil Code. It has never denied by respondents that the petitioners, the spouses Solitarios, have remained in possession of the subject property and exercised acts of ownership over the said lot even after the purported absolute sale of Lot 4089.

This fact is immediately apparent from the testimonies of the parties and the evidence extant on record, showing that the real intention of the parties was for the transaction to secure the payment of a debt. Nothing more.

The law favors the least transmission of rights

It is further established that when doubt exists as to the true nature of the parties’ transaction, courts must construe such transaction purporting to be a sale as an equitable mortgage, as the latter involves a lesser transmission of rights and interests over the property in controversy. Thus, in several cases, the Court has not hesitated to declare a purported contract of sale to be an equitable mortgage based solely on one of the enumerated circumstances under Article 1602. So it should be in the present case.