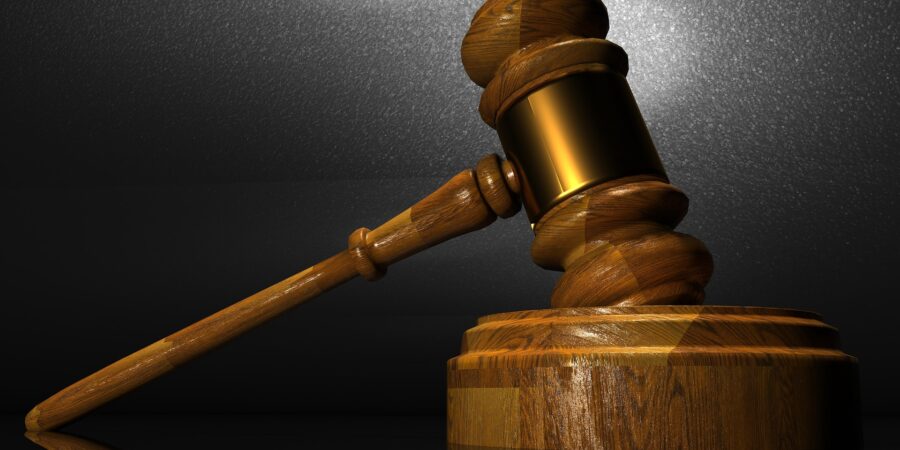 In an Information was filed charging Nicomedes Fabro, Francisco Dimalanta, Amado Alcala, William Hoge and a certain “John Doe” with the murder of Dionisio Joaquin.

According to the prosecution, Dionisio Joaquin, the victim, was one of organizers of a strike by workers on the premises of the Casa Blanca.

At about 6:00 P.M. on April 11, 1987, Joaquin and his friend, Anthony Beck, were resting and  had fallen asleep at the veranda of Whisky Bar fronting the Casa Blanca, where a picket was being conducted by their co-strikers.

Anthony was awakened by a gun report at about 5:00 to 5:30 in the morning. Opening his eyes, he saw Joaquin dead, with a single bullet wound on the forehead. Blood was oozing from Joaquin’s head. Seeing a man running away from where he and Joaquin were seated, Anthony Beck then gave chase. The fleeing man turned left on an alley and then right on another. Beck lost him at the second turn. He saw an old man who inquired why he was chasing the fleeing man. Beck told the old man of the shooting incident. Then and there the old man told Beck that the man he (Beck) was running after was “Badong”, later identified as the accused Nicomedes Fabro.

Fabro was surrendered by his sister to the CIS the following day.

At that juncture, CIS investigator Santiago requested Fabro to sign a document, which turned out to be his extra-judicial confession/admission. Accused Fabro (claims that he) was not allowed to read the document, neither were its contents read to him. A certain Atty. Isagani Jungco was, however, present when he signed the document.

The version of the defense as testified to by Nicomedes Fabro was that at two o’clock in the morning of April 12, 1987, he stopped ferrying passengers and slept on a sofa in the terrace of the Whiskey River Club. While sleeping, he was awakened by the shout saying “may binaril, may binaril”. The shout was very loud and after shouting the man ran towards Olongapo City. The bloodied person was at the balcony of the Whiskey River Club.

The trial court found the accused guilty as charged. The court a quo also rejected his contention that he was coerced into signing a confession, since the solitary verbal “threat” allegedly made by the investigator was vague and not backed up by the use of actual physical force. After considering the presence of the counsel (Atty. Jungco) who assisted the appellant and his co-accused during the custodial investigation as well as in the execution of their respective sworn statements, the lower court admitted in evidence their extrajudicial confessions.

The confession of Appellant Fabro was summarized by the lower court, thus:

In the confession of Nicomedes Fabro he narrated how Francisco Dimalanta offered him P10,000.00 to kill a man, how the gun was given him and how they observed the movements of the victim to the time of the killing. While Nicomedes Fabro did the actual shooting, accused Alcala and Dimalanta were present awaiting the outcome of the shooting.

From the foregoing, the trial court established the existence of conspiracy among the three accused. The trial court further found the testimony of Beck unbiased, truthful and credible.

Finally, the court below held that the commission of the crime was attended by the aggravating circumstances of treachery, evident premeditation and consideration of price or reward.

A Notice of Appeal direct to the Supreme Court was filed in the trial court in view of the penalty imposed, reclusion perpetua.

I. Whether or not the admissions and confessions are inadmissible and violative of the Constitution.

II. Whether or not conspiracy exists.

III. Whether or not the commission of the crime was attended by the aggravating circumstances of treachery, evident premeditation and consideration of price or reward.

The 1987 Constitution guarantees persons undergoing custodial investigation the rights to remain silent and to have competent and independent counsel. These rights cannot be waived except in writing and in the presence of counsel. The Constitution impels strict compliance with these requirements because a confession of guilt given during such investigation constitutes formidable evidence against the accused on the principle that no one will knowingly, freely and deliberately admit authorship of a crime unless prompted by truth and conscience, particularly where the facts given could have been known only by appellant. On the other hand, any allegation of force, duress, undue influence or other forms of involuntariness in exacting such confession must be proven by clear, convincing and competent evidence by the defense. Otherwise, the confession’s full probative value may be used to demonstrate the guilt of the accused beyond reasonable doubt.

Accused-appellant’s uncorroborated and anemic allegations are insufficient to render his confession inadmissible. Rather, they appear to be a mere subterfuge designed to impute constitutional infirmity to the conduct of the custodial interrogation.

The more credible evidence is the rebuttal testimony of Atty. Jungco showing adherence to the constitutional requirements. Atty. Jungco testified that after he apprised appellant of his constitutional rights to be silent and to have counsel during the investigation, the latter waived them in his (Atty. Jungco’s) presence.

This adherence to the Constitution is further confirmed by the confession itself. It starts off with a Pasubali wherein appellant was informed of his constitutional rights and a Pagpapatunay which confirmed that he understood said rights. Both parts also serve as a written proof of appellant’s waiver in fulfillment of the requirements of the Constitution.

After the prosecution has shown that the confession was obtained in accordance with the aforesaid constitutional guarantee, the burden of proving that undue pressure or duress was used to obtain it rests on the accused.

Appellant has miserably failed to present any convincing evidence to prove the use of force or intimidation on his person to secure his confession.

We hold that appellant’s confession was properly admitted by the trial court as part of the prosecution evidence.

The conspiracy between appellant and his co-accused appears indubitable.

The confession of Fabro confirmed that indeed Dimalanta and Alcala were his co-conspirators.

In his confession, Fabro narrated how Francisco Dimalanta offered him P10,000.00 to kill a man, how the gun was given him and how they observed the movements of the victim to the time of the killing. While Nicomedes Fabro did the actual shooting, accused Alcala and Dimalanta were present awaiting the outcome of the shooting.

The acts of the accused show that they were animated by the same purpose and were united in their execution. When, by their acts, two or more persons proceed toward the accomplishment of the same unlawful object — each doing a part so that their acts though apparently independent were in fact connected, indicating a closeness of formal association and a concurrence of sentiment — conspiracy may be inferred.

The trial court held that the following circumstances attended the killing:

1. The crime was committed in consideration of a price. Dimalanta was promised P10,000.00 by Hope to look for a killer. P5,000.00 was actually paid. In turn Dimalanta secured the services of the triggerman, Fabro in exchange for money. Alcala was paid for his participation in the plan.

2. With evident premeditation, the accused directly aiming the gun at a (sic) close range; and

3. Treachery, by shooting the helpless victim while asleep to insure its execution without risk to the killer.

In U.S. vs. Manalinde, the Court held that the aggravating circumstances of evident premeditation and offer of money, reward or promise are not incompatible and may be appreciated together, one being independent of the other.

Treachery is shown by the fact that appellant, after several days of observing the movements of the victim, shot the latter while he was asleep.

The means of execution

(1) gave the person attacked no opportunity to defend himself or to retaliate; and

(2) showed that such method was deliberately or consciously adopted.

Although all three circumstances (price, premeditation and treachery) were proven, only one will be appreciated to qualify the killing to murder and the two others can be used only as generic aggravating circumstances.

However, the mitigating circumstance of voluntary surrender should also be appreciated in appellant’s favor, as he surrender to the CIS on April 13, 1987, thus, offsetting one generic aggravating circumstance. Accordingly, the proper penalty is reclusion perpetua.