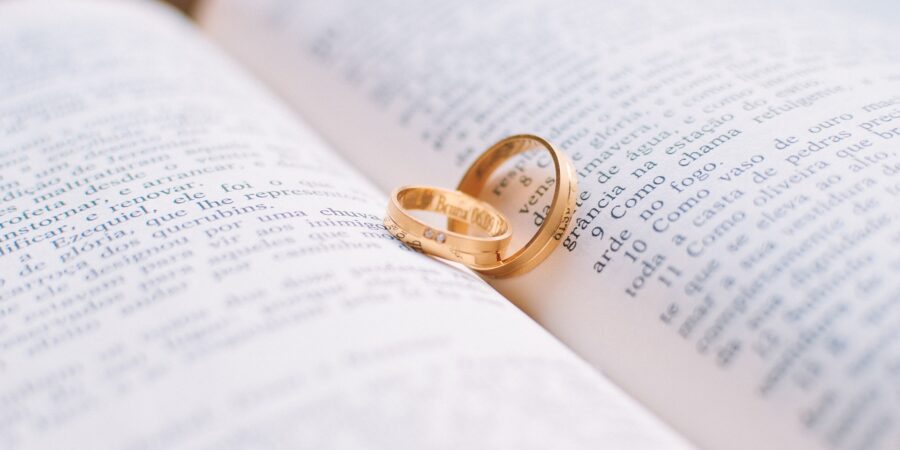 Maria Vicia Carullo-Padua and Joselito Padua were married in a civil ceremony on February 5, 1982 followed by a church wedding on December 18, 1982. The union produced a son born on March 23, 1986.

On July 17, 1997, Maria filed a petition for declaration of absolute nullity of their marriage pursuant to Article 36 of the Family Code.

in 1990, Joselito left for Italy to work without consulting her. He later stopped sending financial support to her and their son. Consequently, Maria raised and supported their son all by herself.

Maria prayed for the court to declare Joselito psychologically incapacitated to comply with his essential marital obligations.

As Joselito did not file an answer, the court a quo ordered the public prosecutor to conduct an investigation to ensure that no collusion existed between the parties.

After the public prosecutor determined that there was no collusion between the parties, trial proceeded in Joselito’s absence.

The Office of the Solicitor General manifested its opposition to the petition.

During trial, petitioner presented herself and psychiatrist Dr. Villegas as witnesses. Dr. Villegas testified testified that she diagnosed Joselito with a personality disorder of a sexual deviant or perversion based on Maria’s narrations. Joselito’s preference for anal and oral sex, as well as the molestations he committed against Maria’s relatives and housemaid, were manifestations of Joselito’s perversion. The root cause of Joselito’s personality disorder is traceable to his wretched childhood. Inasmuch as Joselito spent his youth with a cruel father and a very protective mother, the unbalanced relationship between Joselito’s parents developed some emotional confusion on him. As a result, Joselito’s sexual development did not mature. Dr. Villegas added that the psychological disorder of Joselito is grave, serious and not clinically curable which rendered him psychologically incapacitated to perform his marital obligations.

The trial court denied the petition. The trial court held that the evidence adduced by Maria failed to overcome the legal presumption in favor of the validity of her marriage with respondent.

The appellate court sustained the judgment of the trial court.

Maria moved for a reconsideration but it was denied.

Whether the totality of evidence presented by Maria is sufficient to prove that Joselito is psychologically incapacitated to perform his essential marital obligations, meriting the dissolution of his marriage with Maria.

We answer in the negative.

Article 36 of the Family Code reads:

ART. 36. A marriage contracted by any party who, at the time of the celebration, was psychologically incapacitated to comply with the essential marital obligations of marriage, shall likewise be void even if such incapacity becomes manifest only after its solemnization.

Republic v. Court of Appeals and Molina, provided the following guidelines in the interpretation and application of Article 36 of the Family Code, viz.:

(1) The burden of proof to show the nullity of the marriage belongs to the plaintiff. Any doubt should be resolved in favor of the existence and continuation of the marriage and against its dissolution and nullity.

(2) The root cause of the psychological incapacity must be (a) medically or clinically identified, (b) alleged in the complaint, ( c) sufficiently proven by experts and ( d) clearly explained in the decision.

(3) The incapacity must be proven to be existing at the time of the celebration of the marriage.

(4) Such incapacity must also be shown to be medically or clinically permanent or incurable.

(5) Such illness must be grave enough to bring about the disability of the party to assume the essential obligations of marriage.

However, with the recent promulgation of Tan-Andal v. Andal, the Court has modified the Molina guidelines to prevent its stringent application in previous nullity cases which is antithetical to the way the concept of psychological incapacity was created.

In concluding that the husband was psychologically incapacitated, the Court used the following parameters (Tan-Anda! guidelines) in determining what constitutes psychological incapacity:

(1) The psychological incapacity must be shown to have been existing at the time of the celebration of marriage;

(2) Caused by a durable aspect of one’s personality structure, one that was formed prior to their marriage;

(3) Caused by a genuinely serious psychic cause; and

( 4) Proven by clear and convincing evidence

Moreover, psychological incapacity is now neither a mental incapacity nor a personality disorder that must be proven by expert opinion, viz.:

Psychological incapacity is neither a mental incapacity nor a personality disorder that must be proven through expert opinion. There must be proof, however, of the durable or enduring aspects of a person’s personality, called “personality structure,” which manifests itself through dear acts of dysfunctionality that undermines the family. The spouse’s personality structure must make it impossible for him or her to understand and, more important, to comply with his or her essential marital obligations.

Proof of these aspects of personality need not be given by an expert. Ordinary witnesses who have been present in the life of the spouses before the latter contracted marriage may testify on behaviors that they have consistently observed from the supposedly incapacitated spouse. From there, the judge will decide if these behaviors are indicative of a true and serious incapacity to assume the essential marital obligations.

In this way, the Code Committee’s intent to limit the incapacity to “psychic causes” is fulfilled. Furthermore, there will be no need to label a person as having a mental disorder just to obtain a decree of nullity. A psychologically incapacitated person need not be shamed and pathologized for what could have been a simple mistake in one’s choice of intimate partner.

Using the foregoing yardsticks, We reviewed the totality of evidence presented by Maria and found that the same was miserably wanting to sustain the conclusion that Joselito was psychologically incapacitated to perform the basic obligations of marriage.