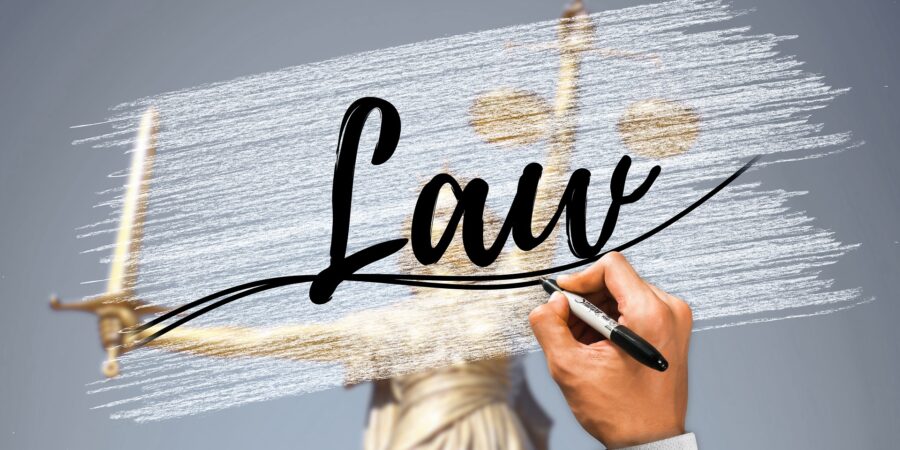 Lex loci contractus — The law of the place where the contract is made governs or lex loci contractus; as the parties did not designate the applicable law and the Agreement was perfected in the Philippines, our Arbitration laws apply. (DFA vs. BCA Int’l. Corp., G.R. No. 225051, July 19, 2017)

(a)   The “lex situs” (law of the place where the property is situated) governs almost everything that concerns real property: formalities for their alienation, the capacity to encumber or otherwise dispose of them, and so forth. In the Philippines this rule applies to both real and personal property. (Art. 16, par. 1, Civil Code).

(b)   The “lex loci celebrationis” (law of the place of celebration or execution) governs generally all transactions insofar as formalities or solemnities are concerned. One important exception to this rule is whenever property is involved in which case it is the lex situs that should control. (Art.17, par. 1, Civil Code).

To what law is real property as well as personal property subject? What law shall govern the forms and solemnities of contracts, wills, and other public instruments?

ANS: Real property, as well as personal property, is subject to the law of the country where it is situated. (Art. 16, paragraph 1, NCC) There are, however, two exceptions to this rule under the NCC. They are: (1) under the second paragraph of Art. 16 of the NCC which declares that testamentary and intestate succession, both with respect to the order of succession, the amount of successional rights, and the intrinsic validity of testamentary provisions shall be regulated by the national law of the decedent; and (2) under Art. 80 in relation to Art. 74 of the FC, the property relations between husband and wife shall be governed by the marriage settlements executed before the marriage.

The forms and solemnities of contracts, wills and other public instruments shall be governed by the laws of the country in which they are executed. However, when the acts referred to are executed before the diplomatic or consular officials of the Republic of the Philippines in a foreign country, the solemnities established by Philippine laws shall be observed. (Art. 17, paragraphs 1 and 2, NCC)

What are the four aspects of succession which are governed by the national law of the decedent if he is a foreigner?

ANS: The four aspects of succession which are governed by the national law of the decedent if he is a foreigner are: first, the order of succession; second, the amount of successional rights; third, the intrinsic validity of testamentary provisions; and fourth, the capacity to succeed. (Art. 16, paragraph 2, 1039, NCC; see Bellis vs. Bellis, 20 SCRA 358)

Allan was born a Filipino but was a naturalized Canadian citizen at the time of his death on November 1, 1998. He left behind a last will and testament in which he bequeathed all his properties, real and personal, in the Philippines to his acknowledged illegitimate Filipina daughter, Anita, and nothing to his two legitimate Filipino sons, Arnold and Alton. The sons sought the annulment of the last will and testament on the ground that it deprived them of their legitimes but Anita was able to prove that there were no compulsory heirs or legitimes under Canadian law. Who should prevail? Why? (2001 Bar Exam)

ANS: Anita should prevail because Art. 16 of the NCC provides that intestate and testamentary succession shall be governed by the national law of the person whose succession is under consideration.

ANS: Such a proviso in the will would be void because it is contrary to the provision of Art. 16 of the NCC which explicitly declares that it will be the national law of the person whose succession is under consideration that will govern. (Bellis v. Bellis G.R. No. L-23678 June 6, 1967)

A, a citizen of Nevada, USA, died testate in Manila. In his will, he left the bulk of his estate to a grandchild resulting in the impairment of the legitime of his other heirs. The system of legitime is not recognized in Nevada. Is the disposition valid?

ANS: The disposition is valid. This is clear from the provision of the second paragraph of Art. 16 of the NCC. Since the applicable law is the law of Nevada which does not recognize the system of legitime, therefore, A is free to dispose his properties in favor of any person not disqualified by his national law to inherit from him. (Phil. Trust Co. vs. Bohanan, 106 Phil. 997. To the same effect — Bellis vs. Bellis, supra)

Under the rule of forum non conveniens, a Philippine court or agency may assume jurisdiction over the case if it chooses to do so provided:

(1) that the Philippine court is one to which the parties may conveniently resort to;

(2) that the Philippine court is in a position to make an intelligent decision as to the law and the facts; and

(3) that the Philippine court has or is likely to have power to enforce its decision.

The NLRC was a seriously inconvenient forum given that all the incidents of the case —  from the time of recruitment, to employment to dismissal occurred outside the Philippines.

Neither can an intelligent decision be made as to the law governing the employment contract as such was perfected in foreign soil. This calls to fore the application of the principle of lex loci contractus (the law of the place where the contract was made).

Whenever a conflicts problem presents itself before a tribunal of the forum, the court is primarily confronted with the question of jurisdiction. (Leflar, op cit., pp. 5-6).

When a court is without jurisdiction, it has no alternative except to dismiss the case. Any judgment rendered without or in excess of jurisdiction is clearly null and void even in the state that rendered it, in view of the lack of “due process.”

Application of the Principle

(1)   If neither the plaintiff, nor the defendant, nor the cause of action is related to the forum, the action will not be heard.

(2)   Courts of equity and of law occasionally decline, in the interest of justice, to exercise jurisdiction, where the suit is between aliens or non-residents, or where for kindred  reason, the litigation can more appropriately be conducted in a foreign tribunal. (Canada Malting Company v. Patterson Steamship, 285 U.S. 413, 423).

When the forum assumes jurisdiction over a case, it may, under proper circumstances:

In the judicial resolution of conflicts problems, three consecutive phases are involved: jurisdiction, choice of law, and recognition and enforcement of judgments.

Corresponding to these phases are the following questions:

(1) Where can or should litigation be initiated?

(2) Which law will the court apply? and

(3) Where can the resulting judgment be enforced?

Analytically, jurisdiction and choice of law are two distinct concepts. Jurisdiction considers whether it is fair to cause a defendant to travel to this state; choice of law asks the further question whether the application of a substantive law which will determine the merits of the case is fair to both parties.

The power to exercise jurisdiction does not automatically give a state constitutional authority to apply forum law. While jurisdiction and the choice of the lex fori will often coincide, the “minimum contacts” for one do not always provide the necessary “significant contacts” for the other. The question of whether the law of a state can be applied to a transaction is different from the question of whether the courts of that state have jurisdiction to enter a judgment.

The doctrine of lex contractus or lex loci contractus means the “law of the place where a contract is executed or to be performed.” It controls the nature, construction, and validity of the contract and it may pertain to the law voluntarily agreed upon by the parties or the law intended by them either expressly or implicitly.

Under the “state of the most significant relationship rule,” to ascertain what state law to apply to a dispute, the court should determine which state has the most substantial connection to the occurrence and the parties. In a case involving a contract, the court should consider where the contract was made, was negotiated, was to be performed, and the domicile, place of business, or place of incorporation of the parties. This rule takes into account several contacts and evaluates them according to their relative importance with respect to the particular issue to be resolved.

It should be noted that when a conflicts case, one involving a foreign element, is brought before a court or administrative agency, there are three alternatives open to the latter in disposing of it:

(2) assume jurisdiction over the case and apply the internal law of the forum; or

(3) assume jurisdiction over the case and take into account or apply the law of some other State or States.

The court’s power to hear cases and controversies is derived from the Constitution and the laws. While it may choose to recognize laws of foreign nations, the court is not limited by foreign sovereign law short of treaties or other formal agreements, even in matters regarding rights provided by foreign sovereigns.

APPLICATION OF THE INTERNAL OR DOMESTIC LAW

There are at least three (3) instances, when the forum has to apply the internal or domestic law (lex fori) in adjudicating a conflicts problem set before it. These instances are the following:

(1)   when the law of the forum expressly so provides in its conflicts rules;

(2)   when the proper foreign law has not been properly pleaded and proved;

(3)   when the case involves any of the exceptions to the application of the proper foreign law (exceptions to comity):

(a)   when the foreign law, judgment, or contract is contrary to a sound and established public policy of the forum;

(b)   when the foreign law, judgment, or contract, is contrary to almost universally conceded principles of morality (contra bonos mores);

(e)   when the case involves purely fiscal (that is, revenue-producing) or administrative matters;

(f)  when the application of the foreign law, judgment,  or contract, may work undeniable injustice to the citizens or residents of the forum;

(g)   when the application of the foreign law, judgment, or contract, may work against the vital interests and national security of the state of the forum;

(h)   when the case involves real or personal property situated in the forum.