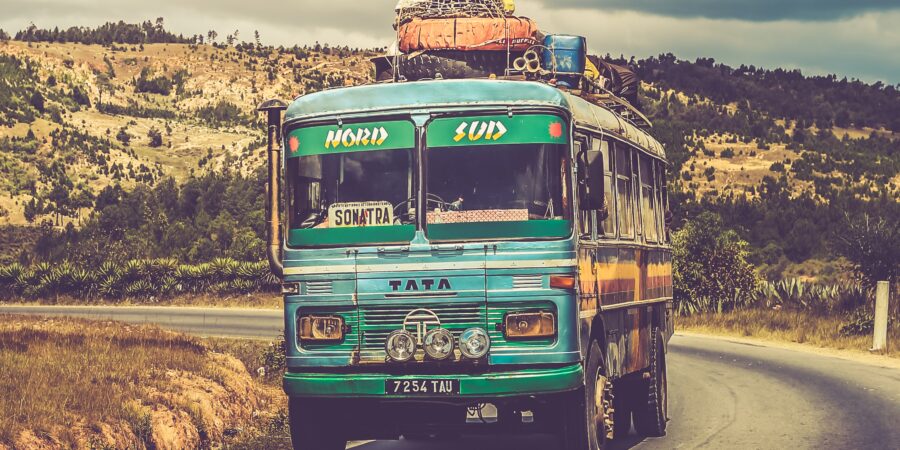 The instant petition for certiorari assails the constitutionality and validity of certain memoranda, circulars and/or orders of the Department of Transportation and Communications (DOTC) and the Land Transportation Franchising and Regulatory Board LTFRB) which, among others,

(a) authorize provincial bus and jeepney operators to increase or decrease the prescribed transportation fares without application therefor with the LTFRB and without hearing and approval thereof by said agency in violation of Sec. 16(c) of Commonwealth Act No. 146, as amended, otherwise known as the Public Service Act, and in derogation of LTFRB’s duty to fix and determine just and reasonable fares by delegating that function to bus operators, and (b) establish a presumption of public need in favor of applicants for certificates of public convenience (CPC) and place on the oppositor the burden of proving that there is no need for the proposed service,

in patent violation not only of Sec. 16(c) of CA 146, as amended, but also of Sec. 20(a) of the same Act mandating that fares should be “just and reasonable.”

The offending provisions contained in the questioned issuances pointed out by petitioner, have resulted in the introduction into our highways and thoroughfares thousands of old and smoke-belching buses, many of which are right-hand driven, and have exposed our consumers to the burden of spiraling costs of public transportation without hearing and due process.

Petitioner KMU filed a petition before the LTFRB opposing the upward adjustment of bus fares.

However, the LTFRB issued one of the assailed orders dismissing the petition for lack of merit.

Hence, the instant petition for certiorari with an urgent prayer for issuance of a temporary restraining order.

Public respondents assert that the petitioner has no legal standing to sue or has no real interest in the case at bench and in obtaining the reliefs prayed for.

At the outset, the threshold issue of locus standi must be struck.

Petitioner KMU has the standing to sue.

The requirement of locus standi inheres from the definition of judicial power. Section 1 of Article VIII of the Constitution provides:

In Lamb v. Phipps, we ruled that judicial power is the power to hear and decide causes pending between parties who have the right to sue in the courts of law and equity. Corollary to this provision is the principle of locus standi of a party litigant. One who is directly affected by and whose interest is immediate and substantial in the controversy has the standing to sue. The rule therefore requires that a party must show a personal stake in the outcome of the case or an injury to himself that can be redressed by a favorable decision so as to warrant an invocation of the court’s jurisdiction and to justify the exercise of the court’s remedial powers in his behalf.

In the case at bench, petitioner, whose members had suffered and continue to suffer grave and irreparable injury and damage from the implementation of the questioned memoranda, circulars and/or orders, has shown that it has a clear legal right that was violated and continues to be violated with the enforcement of the challenged memoranda, circulars and/or orders. KMU members, who avail of the use of buses, trains and jeepneys everyday, are directly affected by the burdensome cost of arbitrary increase in passenger fares. They are part of the millions of commuters who comprise the riding public. Certainly, their rights must be protected, not neglected nor ignored.

What has been delegated cannot be delegated.

This doctrine is based on the ethical principle that such a delegated power constitutes not only a right but a duty to be performed by the delegate through the instrumentality of his own judgment and not through the intervening mind of another. A further delegation of such power would indeed constitute a negation of the duty in violation of the trust reposed in the delegate mandated to discharge it directly. The policy of allowing the provincial bus operators to change and increase their fares at will would result not only to a chaotic situation but to an anarchic state of affairs. This would leave the riding public at the mercy of transport operators who may increase fares every hour, every day, every month or every year, whenever it pleases them or whenever they deem it “necessary” to do so.

Given the complexity of the nature of the function of rate-fixing and its far-reaching effects on millions of commuters, government must not relinquish this important function in favor of those who would benefit and profit from the industry. Neither should the requisite notice and hearing be done away with. The people, represented by reputable oppositors, deserve to be given full opportunity to be heard in their opposition to any fare increase.

To do away with such a procedure and allow just one party, an interested party at that, to determine what the rate should be, will undermine the right of the other parties to due process. The purpose of a hearing is precisely to determine what a just and reasonable rate is. Discarding such procedural and constitutional right is certainly inimical to our fundamental law and to public interest.