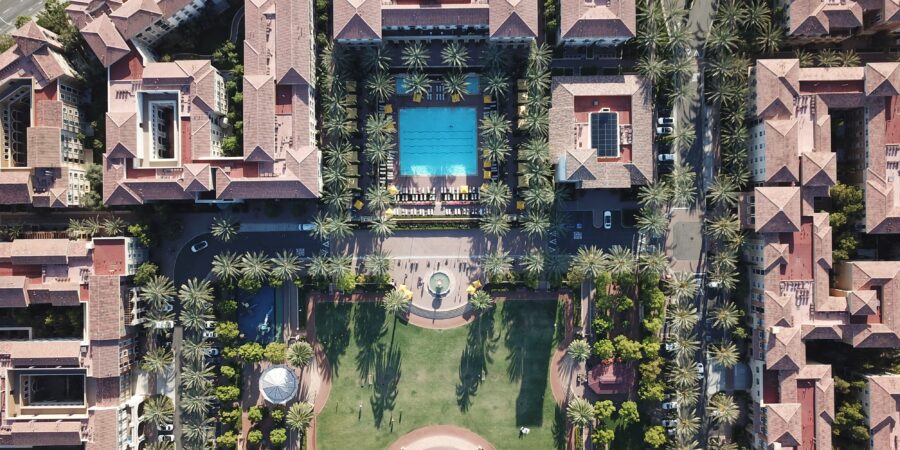 Priscilla Zafra Orbe entered into a purchase agreement with respondent Filinvest Land, Inc. over a lot in Rizal. The total contract price was P2,566,795.00, payable on installment basis.

Orbe was unable to make further payments allegedly on account of financial difficulties.

On October 4, 2004, Filinvest sent a notice of cancellation, stating:

Our records show that your account remains unpaid despite our written request for your payment. We have in fact given you sixty (60) days to update but you failed to settle your account. Accordingly, please be informed that we are now hereby canceling your account effective thirty (30) days from receipt hereof.

Noting that “efforts . . . to seek for a reconsideration of said cancellation . . . proved futile,” and that the parcel had since been sold by Filinvest to a certain Ruel Ymana “in evident bad faith,” Orbe filed against Filinvest a Complaint for refund with damages before the HLURB Field Office.

In its Answer with Counterclaim, Filinvest asserted that Orbe failed to make 24 monthly amortization payments on her account, and thus, could not benefit from Section 3 of R.A. No. 6552. According to Filinvest, the P608,648.20 paid by Orbe from June 17, 2001 to July 14, 2004 covered only the reservation fee, down payment, and late payment charges, exclusive of the monthly amortization payments stipulated in the Purchase Agreement.

The HLURB ruled in favor of Orbe, stating that the payments made by Orbe should be credited to the principal, thus, she is entitled to a refund of the cash surrender value equivalent to 50% of the total payments she had made, pursuant to Section 3 of RA No. 6552.

This decision was affirmed by the HLURB Board of Commissioners.

On appeal, the Court of Appeals reversed the prior rulings of the Office of the President, and of the HLURB Board of Commissioners, and dismissed Orbe’s Complaint.

Whether or not petitioner Priscilla Zafra Orbe is entitled to a refund or to any other benefit under Republic Act No. 6552.

Republic Act No. 6552, the Realty Installment Buyer Act or more popularly referred to as the Maceda Law, named after its author, the late Sen. Ernesto Maceda, was adopted with the purpose of “protect[ing] buyers of real estate on installment payments against onerous and oppressive conditions.” It “delineat[es] the rights and remedies of . . . buyers and protect[s] them from one-sided and pernicious contract stipulations”:

In both Sections 3 and 4 of Maceda Law, defaulting buyers are afforded grace periods in which they may pay the installments due. Should they fail to make payment within the applicable period, cancellation of their agreement with the seller may ensue.

In a sale by installment, a buyer defers full payment of the purchase price and ratably apportioned payment across a period.

The phrase “at least two years of installments” refers to value and time. It does not only refer to the period when the buyer has been making payments, but to the proportionate value of the installments made, as well as payments having been made for at least two (2) years.

When the buyer’s payments fall short of the equivalent of two (2) years’ worth of installments, the benefits that the buyer may avail of are limited to those under Section 4 wherein the buyer is given a grace period of not less than sixty days from the date the installment became due. Should the buyer still fail to make payments within Section 4’s grace period, the seller may cancel the contract. Any such cancellation is ineffectual, however, unless it is made through a valid notarial act.

Respondent’s October 4, 2004 notice indicates that petitioner failed to utilize the 60-day grace period. It also indicates that cancellation was to take effect “thirty (30) days from [its] receipt”

There being no valid cancellation, the purchase agreement between petitioner and respondent “remains valid and subsisting.”

Considering that it did not validly cancel its contract with petitioner and has also sold the lot to another person, it is proper that respondent be ordered to refund petitioner. This refund shall only be the amount actually paid by petitioner to respondent, i.e., P608,648.20,  not be the full, actual value of the lot, lest petitioner be unjustly enriched.